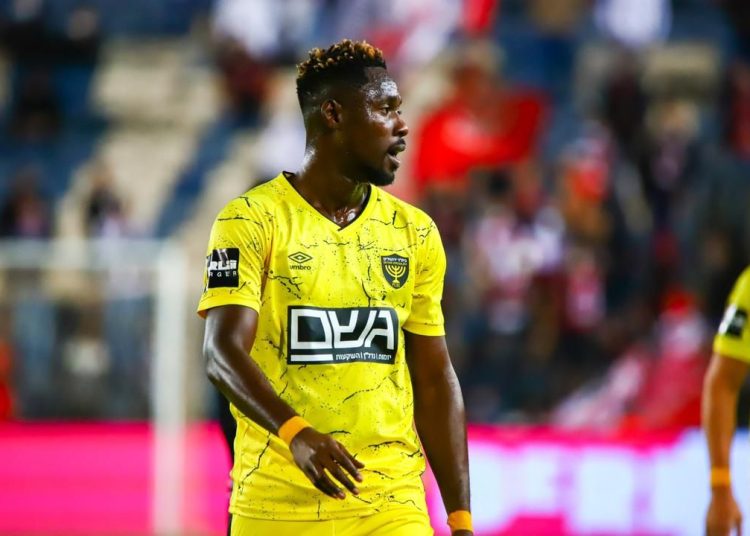 Ghana forward Richmond Boakye continued with his impressive performance in Beitar Jerusalem’s win over Hapoel Afula in the Israel State Cup on Sunday.

Beitar Jerusalem secured a 2-1 win against Hapoel Afula to progress to the next round.

David Houja scored the first goal of the game in the 44th minute to put Beitar in the lead. The first half ended with the home side leading the tie. After recess, Yitzhak Danan got the equalizer for Hapoel Afula in the 65th minute.

Richmond Boakye Yiadom was a constant threat to the Hapoel Afula but was unable to find the back of the net due to top class save from goalkeeper Shareef Koeuf.

The game headed for extra time after regulation time ended 1-1. The former Red Star Belgrade striker lasted 10 minutes in extra time before he was substituted. Beitar Jerusalem got the winning goal through David Houja in the 99th minute.

Beitar Jerusalem will face Maccabi Haifa in the next round of the Israel State Cup next month. Boakye Yiadom is expected to make the Black Stars squad for the 2021 Africa Cup of Nations tournament.