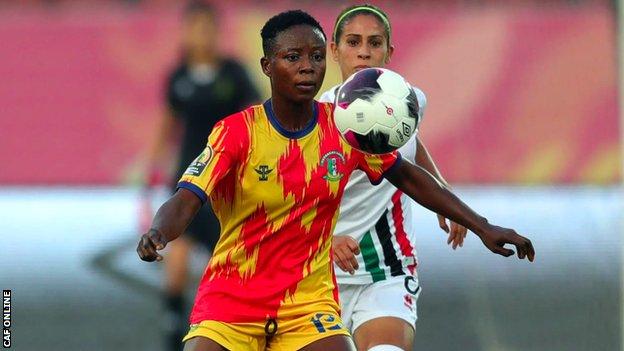 Hasaacas Ladies forward, Evelyn Badu, has joined top-flight Norwegian side, Avaldnsnes IL, on a a two-and-a-half year deal until August 2024.

The deal was confirmed by the Norwegian side on Wednesday.

Badu led Hasaacas Ladies to the final of the inaugural edition of the CAF Women’s Champions League that was held in Egypt. She was the tournament’s top scorer with five goals and was named the Most Valuable Player for her performances.

At the international level, she has represented Ghana at U-17, U-20 and senior levels and her most recent showing for the Black Princesses saw her scoring a goal to eliminate Zambia’s women’s U-20 team from the qualifiers for the 2022 Women’s U-20 World Cup.

Avaldnsnes IL manager, John Arne Riise, the former Liverpool defender spoke highly of Badu in an interview with the club’s official website but added that she would have to learn to adapt to a new league in a European country.

“Evelyn is an offensively exciting player with good basic skills. She has a good eye, is a facilitator, and will hopefully give us a lot of joy on the field.

“But it is important to give her time for everything new she wants to experience here in Norway, not just a new country and new culture, but not least another football culture.

“Despite that [needing time to settle down], we are betting that Evelyn will be a good addition to our team in 2022.”

Badu will have Ghanaian company at the club in the form of fellow Hasaacas Ladies player, Perpetual Agyekum after she was also signed by Avaldnsnes IL.

The Norwegian women’s league is expected to kick-off in May 2022.