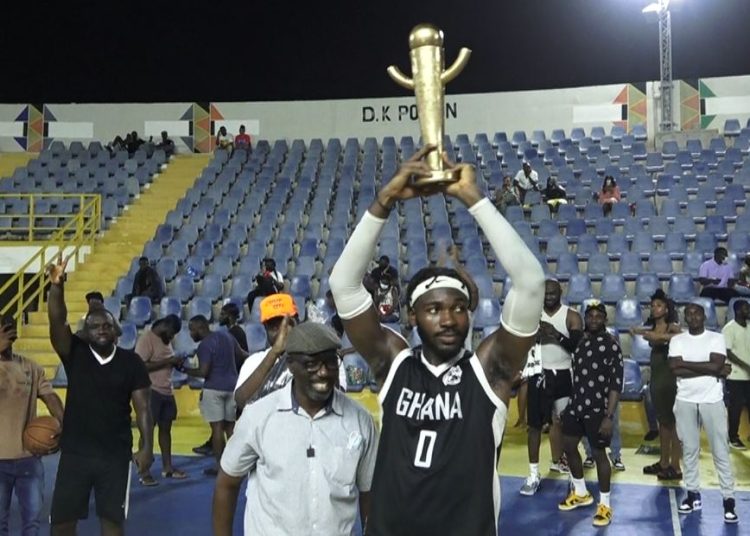 Under the lights at the Bukom Boxing Arena at the Trust Sports Emporium, Team Ghana once again defeated Team World in the Ghana Diaspora All-Stars but this time at the beat of the buzzer to get a 92-90 win.

In a night of good music, beautiful crafty works by some acrobats, with lots of food and good music, fans were given a treat and a night to remember as Team Ghana walked home with the victory to thrill the spectators present.

In a well-patronized event, Team Ghana lived up to the billing and had a quick start to the night’s contest at the Bukom Boxing Arena.

However, the team fell off quickly after racing into the lead and played second fiddle to an A-Team filled with players outside the shores of Ghana.

By the end of the second quarter, Team World was leading by 15 points as they had a 47-32 lead at the break.

While at the break, some artists kept the crowd buzzing, entertaining them to some good music to keep high the Christmas feeling.

Team Ghana came into the third quarter in high spirits, hoping to cut short their deficit but Team World held on to a double-digit lead.

Team Ghana came all guns blazing and cut the lead to one in the early stages of the fourth quarter and subsequently overturned the tie with fans buzzing and cheering for them.

Quickly after taking the lead, Team World tied the game with a three-pointer and a dunk to regain the advantage to set up a heart-throbbing finale in the fourth quarter.

Team World showed much grit but were eventually toppled at the sound of the buzzer when Team Ghana stole the win with an amazing three-pointer shot to send the fans wild.

The win is the second time Ghana has had the advantage over Team World to stretch their unbeaten run.

Speaking to Citi Sports after the game, the Director of the Diaspora Affairs, Office of the President, Akwasi Awua Ababio says he was excited to have witnessed a mouthwatering event and acknowledged the efforts put in by Pro Basketball Academy to put together the game.

“The Diaspora Affairs recognizes the importance of such a game, and we acknowledge the effort put in to make this happen despite the pandemic we are facing in the world, but I am glad they made it, and I am glad you all came here to support it. It’s massive, and we love it.'” he said.

Kwesi Adomako Jnr, the captain of Team Ghana and the organizer of the Ghana Diaspora All-Stars Games, said it was a historic night for teams but most especially for the fans. 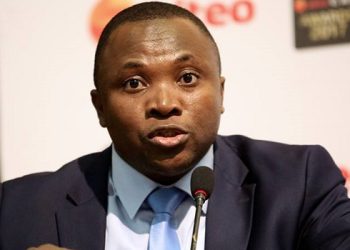