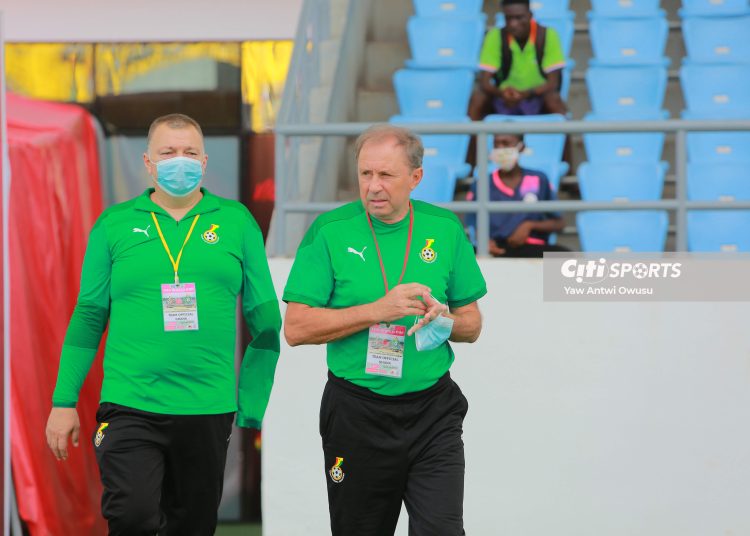 Head coach of the Black Stars of Ghana, Milovan Rajevac, says there were no external influencers on his selection of the 30-players to begin camp in Doha ahead of the Africa Cup of Nations.

Milovan Rajevac on Tuesday, December 21, 2021, announced the selected 30-man squad to start preparations for the Africa Cup of Nations which comes off from January 9, 2022, to February 6, 2022.

The list includes five local-based players with Dreams FC’s Philemon Baffour a part of the team to set off for Qatar, but the Serbian trainer has debunked claims that the inclusion of some players was not his decision.

A decision that has raised some eyebrows with many fans not happy with the right-back who plays for Dreams FC.

“I always talk to my assistants and the other coaches about these types of things. We have good communication with everyone but this is my responsibility and there was no form of influence for me to select whichever player,” Milovan Rajevac said during the announcement of the players for camping.

Ghana is in Group C with Morocco, Gabon and Comoros for the AFCON and will play against the Atlas Lions on January 10, 2022.