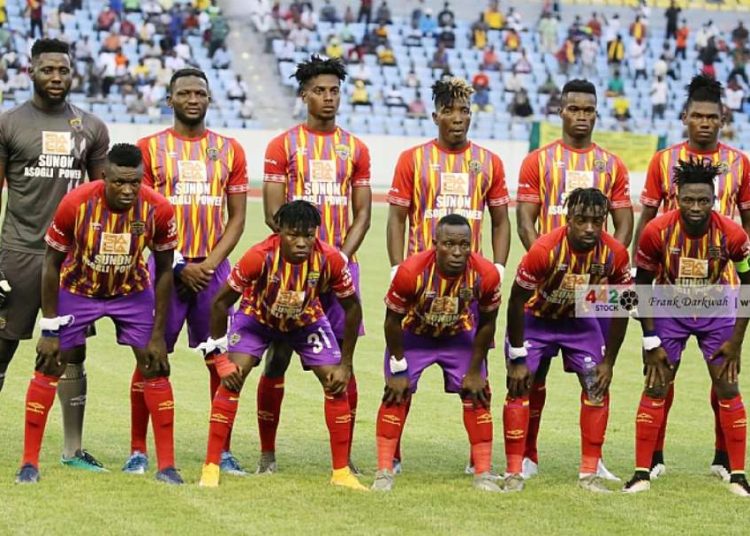 The Ghana Football Association (GFA) has announced that the postponed Premier League game between Accra Hearts of Oak and Berekum Chelsea will be played on Wednesday, 29th December 2021.

The initial clash was postponed due to Hearts of Oak’s CAF club competition engagements.

According to the GFA, the match will be played at the Cape Coast Stadium with the stakeholders already informed.

We owe it ourselves to be best we can be.
We are AccraHeartsofOak and we never say die 💪.
Let’s meet at the Cape Coast Stadium tomorrow afternoon. 3pm Sharp. #AHOSC #Phobia110 #PositiveEnergy pic.twitter.com/i1gGDFszQq

The venue change is due to the renovation works scheduled to be done at the Accra Sports Stadium as announced by the National Sports Authority (NSA).

The defending champions have three outstanding games due to the club’s commitments on the African continent in the CAF Champions League and CAF Confederations Cup.

As per the GFA, the dates for Hearts of Oak’s remaining outstanding matches against Medeama and Asante Kotoko will be announced soon.