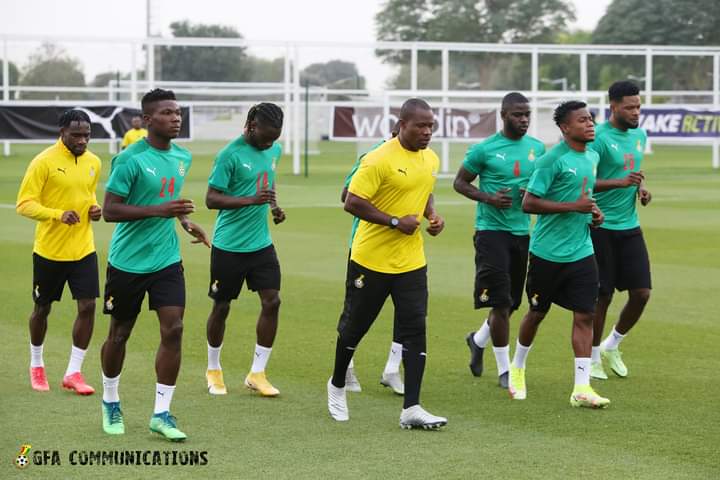 Manaf Nurudeen and Edmund Addo have joined the Black Stars camp in Doha to prepare for the TotalEnergies Africa Cup of Nations.

The duo joined the team’s training at the Aspire Academy grounds to increase the number of players at camp from twelve to fourteen.

The first training was held indoors on Sunday, December 26, before the team stepped out onto the pitch on Monday for fieldwork at the Aspire Stadium in Doha.

As per the schedule released by the Ghana Football Association days ago, Coach Milovan Rajevac will be announcing the final list of players for the Africa Cup of Nations to be hosted in Cameroon from January 9, 2022, to February 6, 2022.

Multiple reports suggest that Mohammed Kudus of Ajax and AS Roma’s starlet, Felix Ohene Afena-Gyan will be the only absentees from the final squad to represent Ghana next month in the continental competition.