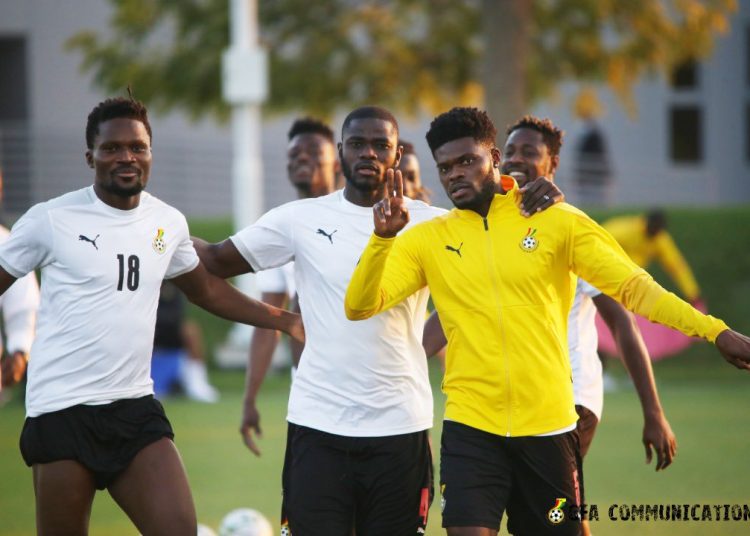 The team will play Algeria in a friendly match tomorrow⚽#CitiSports pic.twitter.com/4Xu2FaRqVO

With the arrival of the five players at the Aspire Academy grounds, the number of players in camp increases from fourteen to nineteen.

The likes of Manaf Nurudeen and Edmund Addo joined later before the announcement of Milovan Rajevac’s final 28-man squad.

Of the 30-man provisional squad earlier announced by Milovan Rajevac, two miss out on the final list to represent the Black Stars of Ghana.

AS Roma youngster Felix Afena-Gyan is absent through personal reasons and Salis Abdul Samed has also been dropped after picking up an injury.

Ajax midfielder, Mohammed Kudus, has been included despite currently nursing an injury and travelling to Portugal with Ajax for a mid-season camp.

The Black Stars of Ghana will play a test game against Algeria on January 5, 2022, at the Education City stadium in Doha, Qatar as part of preparation plans ahead of the Africa Cup of Nations to be played in Cameroon from January 9, 2022, to February 6, 2022.

The Black Stars Ghana will open their campaign against Morocco on January 10, 2022, before taking on Gabon and Comoros in Group C.