Happy New Year, everyone and the VAR corner is back after a short Christmas break. It has been an interesting Christmas period as we have seen Manchester City pull clear of Liverpool and Chelsea at the top of the league table.

The first weekend of the year has been full of controversy with referees and VAR being just as important as the exciting matches that were played.

The key incidents we will focus on will be penalties that were given and not given in the Arsenal – Manchester City game, a similar incident in the Tottenham – Watford game, and lastly, Saido Mane’s early yellow card in the Liverpool – Chelsea game.

The incident: Martin Ødegaard and Ederson both race for the ball. VAR checks are inconclusive and the corner given stands. Subsequent slow-motion replays show that the Arsenal man got the ball first. 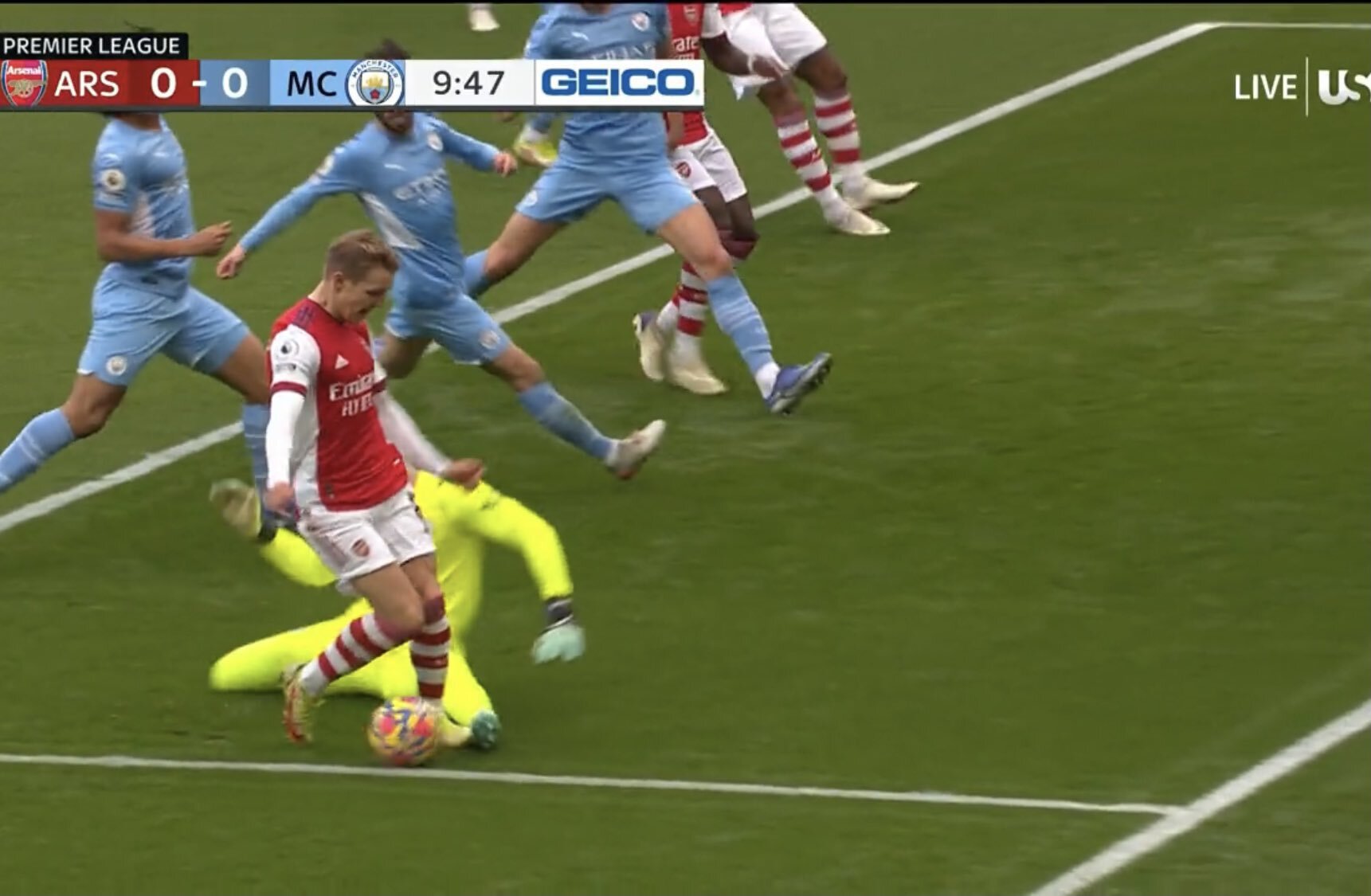 This was a mistake by the referee but it was not a clear and obvious error. When the incident happened, different angles showed different things meaning that it was impossible for the referee or the VAR to make a decision in the moment.

Arsenal eventually did take the lead so it was not so costly for them in the first half but their second half meltdown cost them the game.

The incident: Bernardo Silva is tripped by Granit Xhaka, the ref waves play on but is called to the monitor where he is shown Xhaka holding Silva’s shirt. This seems to be new information to the referee and he awards a penalty. 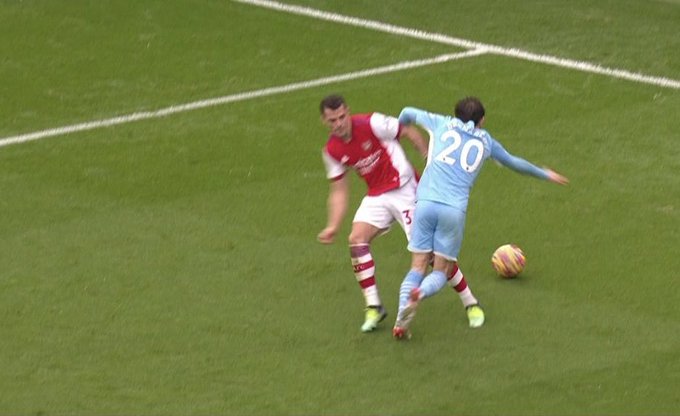 It is very clear the issue here was the shirt being pulled and not the trip/dive because given how easily Silva went down the referee obviously viewed it as a dive hence his reluctance to give a penalty. I think what went against Xhaka here is he committed two fouls instead of just one because it seems the trip was not enough.

These two incidents coming in the same game led to accusations of bias against Arsenal. I think this is a harsh reading of the match. The referee got the first decision wrong, but it was almost impossible to get that one right given the inconclusive nature of the replays. If a penalty had been given likewise, it would probably not have been overturned because of the same issues that caused it not to be given.

Xhaka’s foul(s) were a bit more obvious, and he clearly had a handful of Silva’s shirt. It was a much easier decision of the referees to spot and make. Comparing the two is unfair.

However, there are some issues with the officiating in the league that need to be addressed.

The incident: Hugo Lloris rushes out to punch the ball from João Pedro’s feet. A penalty is not given. 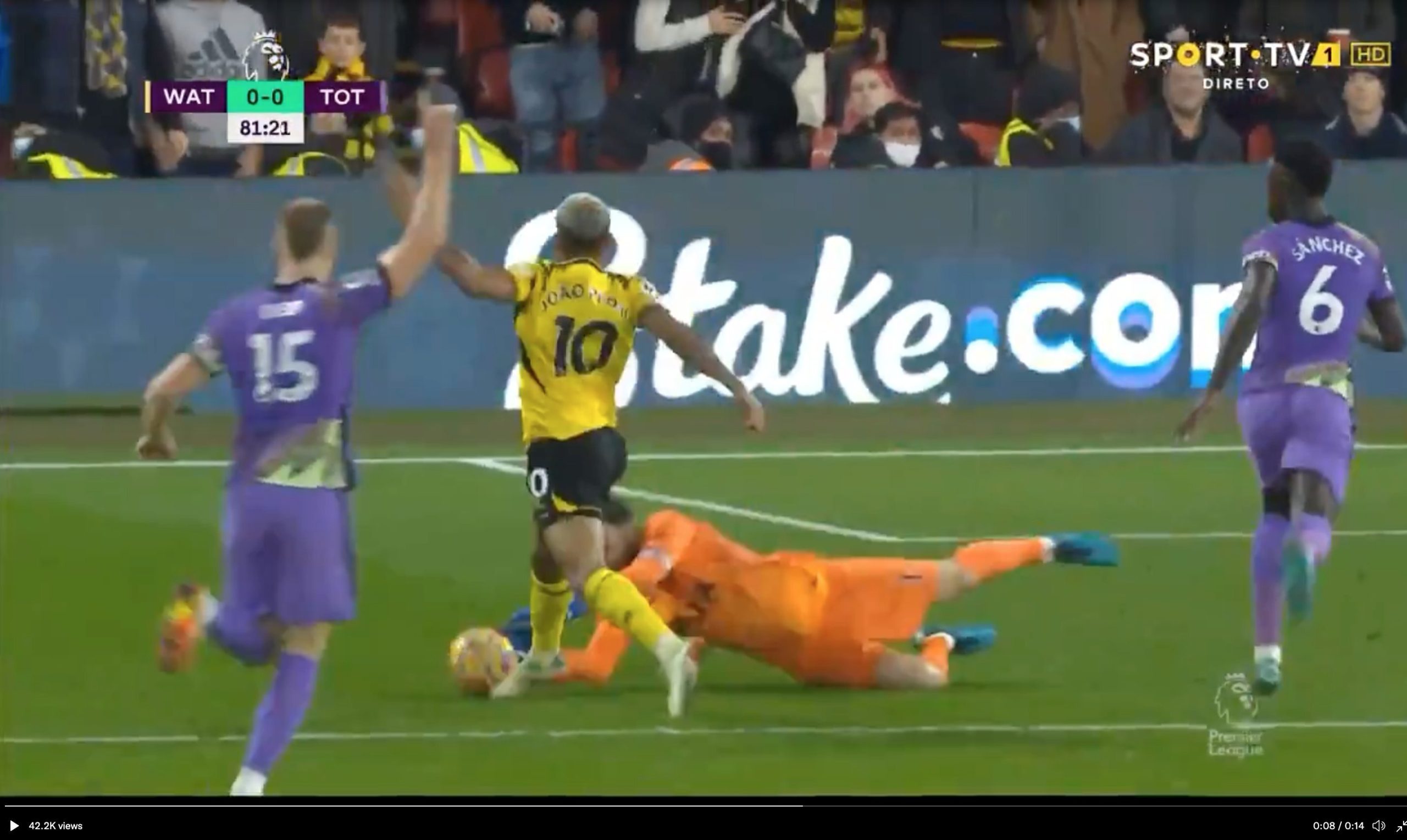 This is very similar to the earlier incident we earlier covered; a very difficult decision that replays do not do much to help. Indeed, Lloris had a similar incident with Richarlison earlier in the season. In these incidents unless it is clearly obvious the goalkeeper missed the ball, it seems they will always be given the benefit of the doubt by the VAR.

The incident: Sadio Mané strikes César Azpilicueta as he challenges for a header. The Liverpool winger is given a yellow. 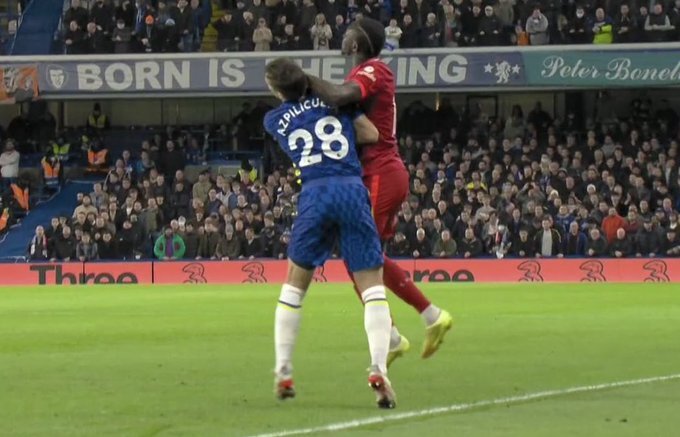 I think this is a clear case of the time of the incident playing a factor. It is very noticeable that referees are reluctant to brandish cards early in the game. Maybe if this was the second half, it would have been a red.

Now we have to ask why VAR did not suggest a red card. The VAR must have determined that the punishment was acceptable. It could be argued that the Liverpool winger did not intentionally catch Azpilicueta in the face and he had not acted with malice.

Mané was at the very least reckless but whether he met the threshold for serious foul play or violent conduct is debateable meaning the yellow was acceptable but very possibly a more severe punishment would not be amiss.