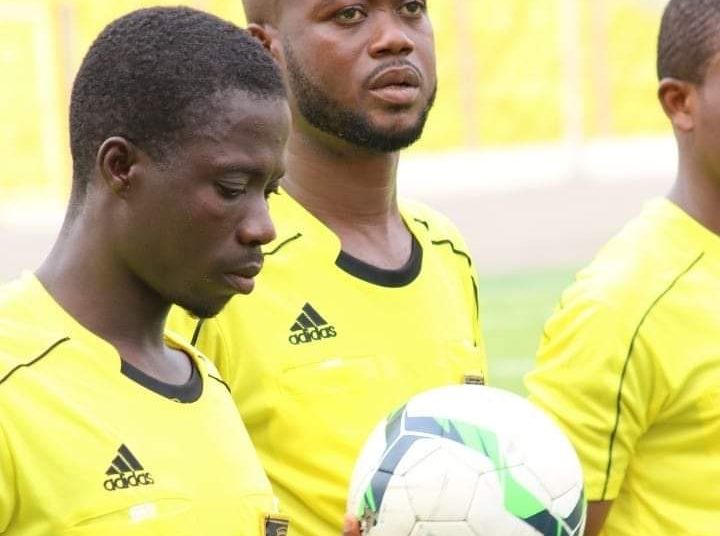 The referee who officiated the Ghana Premier League game between Kumasi Asante Kotoko and RTU, Clement Kwame Nkuah, has been suspended for six match days over some wrong calls he made in the game.

RTU and Kotoko’s controversial Matchweek 8 encounter ended 1-1 but will be most remembered for a number of contentious decisions.

The Ghana Football Association’s Match Review Panel stated that the referee missed at least two big calls in the game which “changed the outcome of the game.”

“Per the video watched, it showed a clear contact between player No. 15 of RTU who fouled player No. 25 of Asante Kotoko, but the referee ignored it in the 28th minute of the game. The referee, therefore, erred in his decision,” the Review Panel said.

“In the 46th-minute incident, the video showed that there was a reckless contact between the goalkeeper and the attacker even though the attacker jumped. It also showed that a foul had been committed and the resultant should be a penalty and yellow card. The referee however awarded the penalty alright but failed to caution the player.”

The GFA suspended the referee for six match days after he admitted his errors when footage of the match was sent to him for his response.

“Clement Kwame Nkuah committed multiple errors in his game and his actions changed the outcome of the game. He is therefore suspended for six (6) match days effective from the date of communication,” the statement from the GFA said.

That match also made the headlines after the head coach of Real Tamale United, Shaibu Ibrahim Tanko stated in an interview with Kessben TV that the assistant referee insulted him during the game.