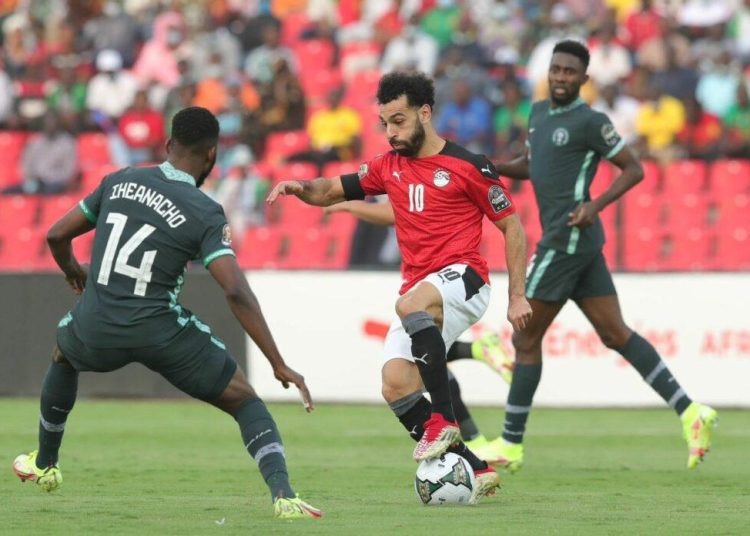 Caretaker Coach for Nigeria’s Super Eagles, Augustine Eguavoen, has revealed part of his team’s strategy in their 1-0 win over Egypt was to keep the ball off their star man, Mohammed Salah.

Kelechi Iheanacho’s first half strike was enough to seal the win for Nigeria on Tuesday evening in the first game for Group D in the ongoing 2021 AFCON in Cameroon.

The match which many have deemed as the best of the competition thus far, was dominated by the Nigerians as Egypt were lacklustre for much of the proceedings, managing just one shot in the opening 70 minutes.

Speaking after the game, Eguavon explained the team’s winning strategy.

“Egypt we all know is a respected team, we respect them but we also have players that need to be respected he said.”

“But the strategy was to try to cut Mohammed Salah off the ball and try to play high pressure at every given time.

“And we knew we could mix it up by ball possession and going direct when necessary, so we had three things in mind, first to win the game.

“And how do we win the game, by keeping the ball and then cutting Salah off”

Nigeria will next take on Sudan on Saturday while Egypt take on Guinea Bissau.