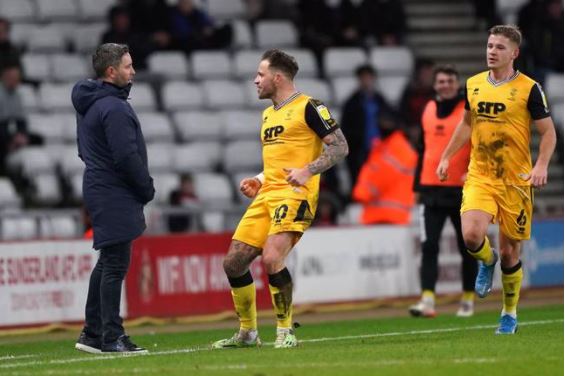 A player in England’s League One took the term “prove your boss wrong” a little too seriously this week.

Maguire, who was released by the Black Cats after three years at the club was respectful to the home fans, raising his hands to them after scoring Lincoln’s first.

That courtesy was not extended to his former manager, however, as he sprinted to Lee Johnson and celebrated right in his face.

There was clearly no love lost between the pair and Maguire showed Johnson more of what he was missing by scoring two more to complete his hat-trick.