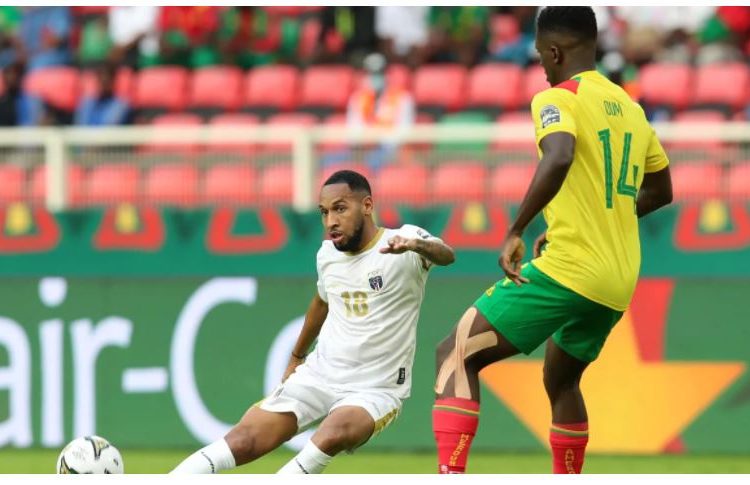 Cape Verde scored a second half equaliser to hold hosts Cameroon to an entertaining 1-1 draw in Group A of the TotalEnergies Africa Cup of Nations, Cameroon 2021.

Vincent Aboubakar had given the Indomitable Lions the lead six minutes before the break at the electric Olembe Stadium.

The Blue Sharks rallied back to rescue a point with a well worked goal on 52 minutes boost his side’s chances of a last 16 place.

The Indomitable Lions made three changes from the win over Ethiopia in their second match at the Olembe stadium in Yaoundé.

Desty Moukoudi, one of the players coming into the side saw his header missed the target from Fai Collins’ inviting cross inside the opening minute.

Cameroon continued to force their way in midfield and Moumi Ngamaleu dispossessed Tavares in the middle of the park to burst into the box only for Cape Verde to clear.

Aboubakar came close for Cameroon after the half hour mark, Ngadeu played him through but his fierce low drive forced s save Dias.

Aboubakar found the back of the on 39 minutes with a sumptuous left footed close range effort to beat Dias and register his fifth goal of the TotalEnergies Africa Cup of Nations Cameroon 2021.

The West Africans started the second half bright and they leveled matters seven minutes after the restart through Rodrigues.

The Indomitable Lions continued to create chances but lacked the cutting edge to make it three wins from three matches in the group.

Aboubakar missed the goal from close range before Clinton Njie and Samuel Gouet saw their efforts turned away by the brilliant Cape Verde defense.

The stalemate confirmed Cameroon finished at the top of the group ahead of Burkina Faso on 4 points. Cape Verde are third leveled on points with Burkina Faso while Ethiopia finished bottom with a point.

“We managed to stand up to an excellent Cameroonian team who play well on the ball. It’s a personal title that could have been awarded to any other player and I’m happy to get it”.

“We achieved our first goal which was qualification in the next round. We wanted to finish the group stage with a victory, but the Cape Verde team was good and did not allow us that. Now we have to prepare well the round of 16 here in Olembe with more recovery. Against Cape Verde, the game was centered in the midfield, but on our side, we played the depths with opportunities without however managing to worsen the mark”.

“This game meant a lot to me and my team, because we knew it was going to be a difficult game against the host country. We managed a positive result even though we wanted to end this group stage with a victory. Our game plan has succeeded today”.