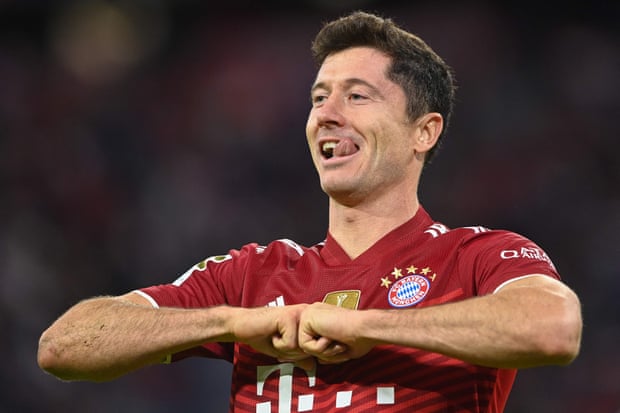 The Best FIFA Football Awards™ 2021 ceremony, held as a virtual TV show from the Home of FIFA in Zurich, crowned two household names, Alexia Putellas and Robert Lewandowski, as the outstanding players in women’s and men’s football respectively.

Poland and FC Bayern München striker Lewandowski was recognised as The Best FIFA Men’s Player for the second year in succession.

For her part, Spain midfielder Putellas, who had made The Best FIFA Women’s Player shortlist for the first time, capped her exploits with FC Barcelona and the Spanish national team by winning the prestigious award.

Chelsea FC Women manager Emma Hayes was voted The Best FIFA Women’s Coach for the first time in her career, a feat that was matched by her Chelsea FC counterpart, Thomas Tuchel, who topped the poll for The Best FIFA Men’s Coach.

Senegal shot-stopper Édouard Mendy made it a hat-trick for the London club by being chosen as The Best FIFA Men’s Goalkeeper, becoming the first African to win the accolade, while Chile and Olympique Lyonnais’ Christiane Endler was named The Best FIFA Women’s Goalkeeper on the strength of her sensational displays.

FIFA President Gianni Infantino presented the awards to Christine Sinclair (virtual) and Cristiano Ronaldo (in person) during The Best FIFA Football Awards 2021 ceremony at the Home of FIFA in Zurich.