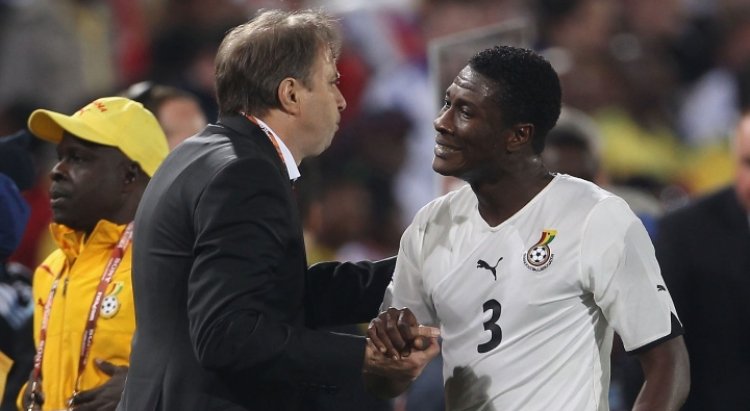 Ghana’s Black Stars head into their final group game at the 2021 AFCON needing a win against Comoros to stand a chance of qualifying for the Round of 16.

After a loss and draw against Morocco and Gabon in their opening two games, Milovan Rajevac’s team are facing a shock elimination if they fail to beat Comoros on Tuesday.

Rajevac, who led Ghana to a runners up finish back in 2010, has admitted repeating that feat will be difficult this time around.

When asked why his team is struggling, as compared to the Black Stars team of 2010, Rajevac said, “…communication is not a problem and they understand me very well. Just didn’t have enough time to prepare the team,” he said.

“We don’t have the same team like 2010. Not enough time for preparations. We don’t have a player like Asamoah Gyan,” he added.

Ghana has not exited the group stage of the AFCON since finishing bottom of the group at the 2006 edition.

The Black Stars will take on Comoros on Tuesday at 7pm at the Roumdé Adjia stadium in Garoua.