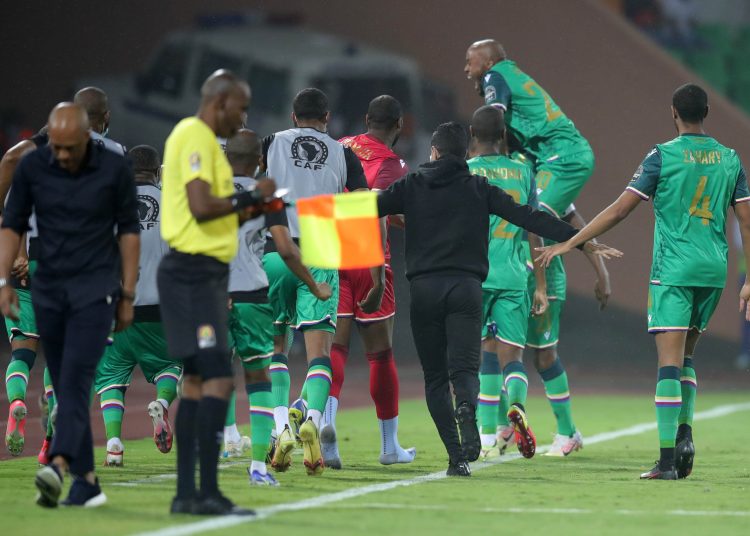 Ghana’s hopes of a fifth African Cup of Nations title came to a crushing end after a heartbreaking 3-2 loss to Comoros.

The Black Stars conceded goals in either half as they exited the competition without a single win.

Ben Nabouhane finished past goalkeeper Jojo Wollacott in the fourth minute after Daniel Amartey was spun on the right-hand side.

Ghana’s task was made even more difficult when captain Andre Ayew was sent off in the 25th minute.

Andre slid in for a rebound after Salim Ben Boina spilled a shot by Kamaldeen Sulemana.

Despite making contact with the ball first, Ayew’s momentum carried him into the goalkeeper’s arm.

While Bonia was being treated and eventually substituted, the referee was advised to review the incident on the Video Monitor.

After watching a few frames of the footage, the official decided to send off the Ghanaian captain.

The Black Stars threw more players forward, and an effort from Fatawu Issahaku and a brilliant free-kick from Thomas Partey gave Ghanaians hope that the team would recover.

However, Comoros went into the break ahead.

Edmund Addo replaced Baba Rahman in the second half as Milovan Rajevac’s side looked to push more players forward.

However, it was Comoros who scored a second as Ahmed Mogni fired into the back of the net.

Kyereh went close twice from a corner and a free-kick, both of which were palmed out by substitute goalkeeper, Ali Ahamada.

The Black Stars found an equaliser, from yet another Kyereh corner, as Partey flicked the ball on to Djiku who finished smartly.

Joseph Paintsil and Samuel Owusu were thrown on by Rajevac as the Stars chased all three points but it left them short at the back and Comoros took advantage to earn a famous win as Mogni scored his second.

It was the first time the Black Stars have exited an AFCON without a single win.

The last time Ghana went out at the group stage was in 2006.