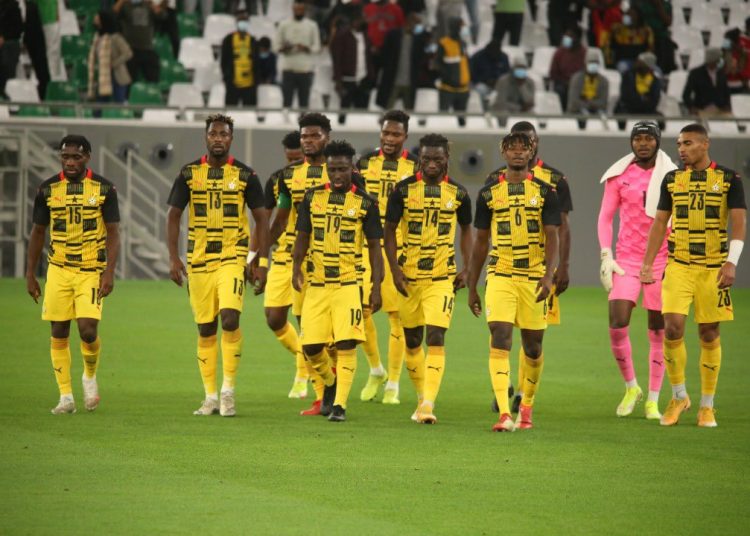 President of the Ghana Football Association, Kurt Okraku admitted the GFA and the Black Stars had all the necessary support to perform, yet they failed.

Speaking on Asempa FM, Kurt Okraku admitted the team enjoyed all the necessary support in terms of cooperation, finance and logistics from the central government and the sector minister.

Despite the massive logistical and financial support the GFA had from the government to ensure the best for the Black Stars, the team registered Ghana’s worst performance in the history of the African Cup of Nations, a situation that has angered Ghanaians.

The Black Stars and Ghana Football Association have come under eminent fire from the public for the disappointing show at the 2021 AFCON in Cameroon.

The team which failed to win a single game had the best of camping in Qatar and a beef-up of the technical team upon the request of coach Milovan Rajevac.

The Black Stars of Ghana which was tipped as one of the favourites to win the trophy was eliminated after a humiliating 3:2 to defeat AFCON first-timers Comoros.

The Black Stars performance, described as “abysmal” by the government, has triggered the public to question the criteria for scouting and selection of players.

Angry Ghanaians have accused some leading members of the and the team’s management team of favouritism and using the Black Stars as an avenue to pursue their parochial interests.

A number of Ghanaians have also accused the GFA of hiding behind a 3-member committee made up of Messrs Randy Abbey, Mark Addo and Salifu Zida to appoint a coach who has clearly passed his prime for Ghana.

The Minister of Youth and Sports, Hon. Ussif in a release yesterday summoned an emergency meeting with the GFA on Friday.

Angry Ghanaians reacted to the press release by demanding the dismissal of the coach and the technical team, as well as the dissolution of the management team of the Black Stars.