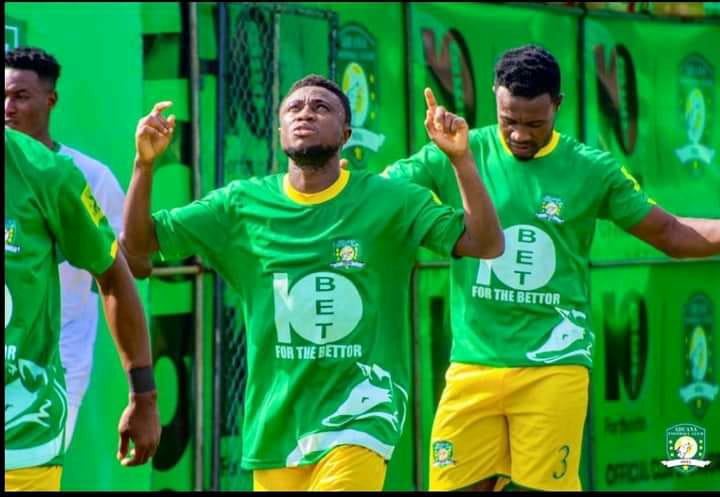 Aduana Stars forward, Emmanuel Gyamfi has been named as the Ghana Premier League’s Player of the Month for December.

He was also named the Man of the Match in two games in December.

His goals have helped Aduana rise up the table and into fourth place on the Ghana Premier League table.

King Faisal’s Zubairu Ibrahim, RTU’s David Abagna Sandan and Augustine Okrah of Asante Kotoko were the other players nominated for the award.

It completed a double for Aduana Stars in December after head coach, Joseph Asare Bediako was named Manager of the Month. 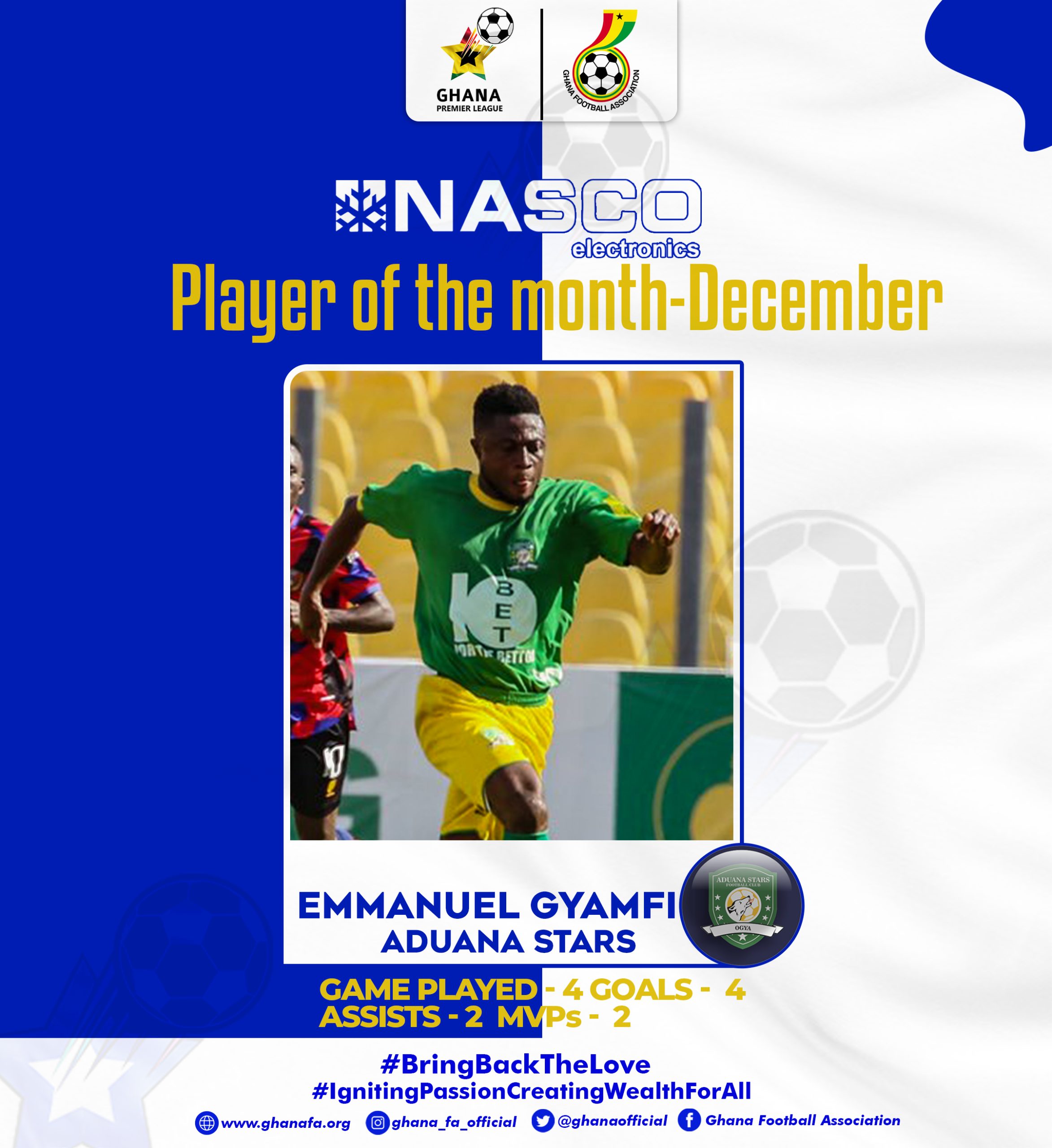 Gyamfi will receive a NASCO Television set and a personalized trophy.