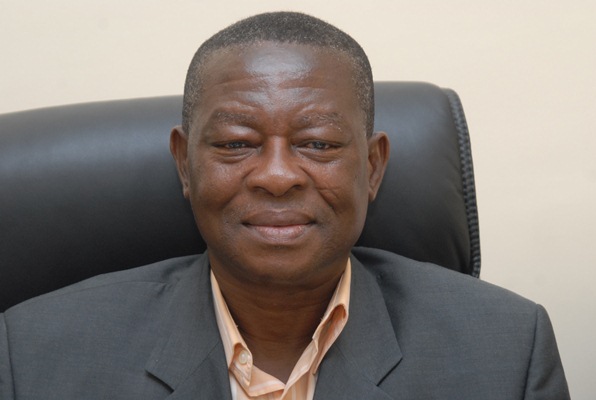 The Board Chairman of Division One club, Bofoakwa Tano, Yaw Boateng Gyan, has been handed a two-year ban from all football activity by the Ghana Football Association (GFA).

“This decision was taken by the GFA Ethics Committee after it found Mr. Boateng Gyan’s comments on Accra-based radio station Angel FM to be of defamatory nature,” a statement on the GFA’s website said.

Boateng Gyan had apparently accused “unnamed officials of Dreams FC of influencing the exit of player, Andrews Appau from the National U20s team.”

Dreams FC made an official complaint to the GFA after the claims were made, prompting the FA’s investigation.

Boateng Gyan stated that his comments were based on information he had gathered from friends who manage clubs in the country.

“I wish to state that, I made the said statement on radio, based on information I gathered from a different station and confirmed by some of my friends who are managers of football clubs in Ghana in respect the player.

“The information was that an unnamed official of the complainant is intending to manipulate the selection process of players at the Under 20 camp and if the said player does not register for the Complainant’s club he will not call up into the team,” he said in his written statement.

He added that further monitoring of developments backed the claims he made but issued an apology to Dreams FC.

“I monitored the said player and subsequently found out that the said player had not registered for the complainant’s club and did not get a call up into the Under 20 team.

“If the complainant finds the said comments unfair I wish to unreservedly apologise to the club and say that I will be circumspect in my future utterances in respect of the administration of football in Ghana,” the statement said.

The Ethics Committee, however, ruled that id did not “consider the above explanation in Mr Gyan’s written response as providing sufficient justification to have warranted his utterances, nor does it diminish the effect of his utterances in the minds and perceptions of the general listening public.”

The GFA also fined Yaw Boateng Gyan GHS5,000 and directed him to retract the comments he made.