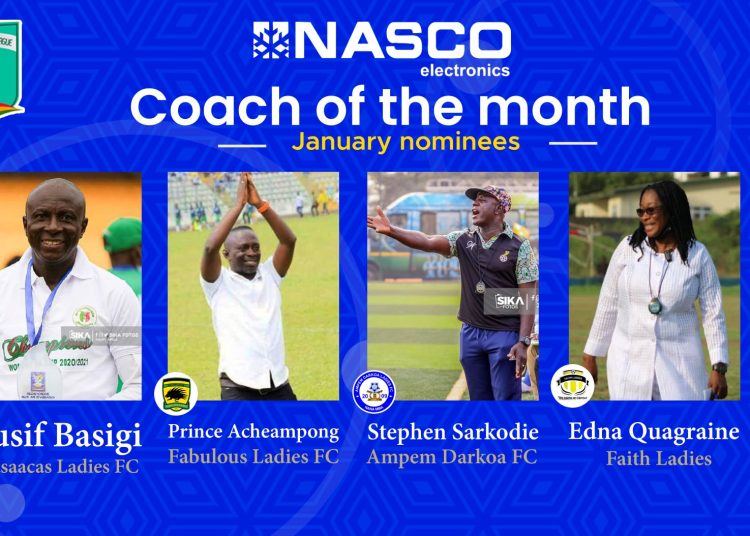 Four coaches have been shortlisted for the Women’s Premier League NASCO Coach of the Month award for January.

Basigi led Hasaacas Ladies to two wins and three draws in January, scoring eight goals along the way, results which have taken them three points clear at the top of the Southern Zone table.

They also top the Northern Zone by one point.

The winner will be named on Friday and will take home a 42-inch NASCO Television.

Morocco to arrive in Ghana today for Maidens friendly