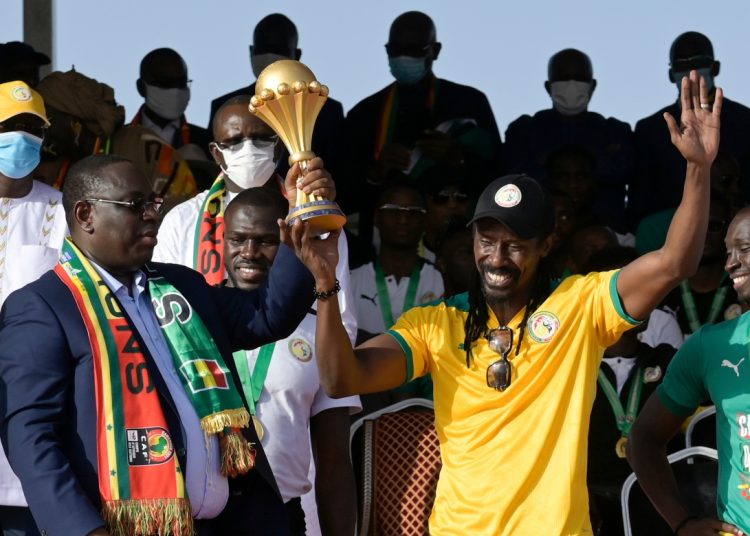 President of Senegal, Macky Sall has rewarded the each Teranga Lions  player with a cash prize of $87,000 and a plot of land in Dakar for winning the country’s first-ever Africa Cup of Nations trophy.

At a ceremony held at the presidential palace in Dakar, he also appointed team members to the West African country’s prestigious Order of the Lion, as thousands of nationals applauded and cheered their gallant heroes.

“By your vital force and your creative genius, you have reversed the course of history,” the president said, standing on a podium beside the Cup of Nations trophy.

“We dreamed of the cup, you built this dream, and you made it come true,” he added.

Aliou Cisse’s men overpowered 7-time AFCON champions, Egypt 4-2 on penalties in the finals of the 33rd edition of the Africa Cup of Nations at the Olembe Stadium.

After their glorious quest in Cameroon, the Teranga Lions arrived in Dakar via Air Senegal on Monday, which was also declared a national holiday by President Macky Sall and were met by thousands of Senegalese who were eager to welcome their heroes.

The victory marked Senegal’s first success after over fifty years of fielding teams in the tournament — and sparked jubilant celebrations across Dakar on Sunday.