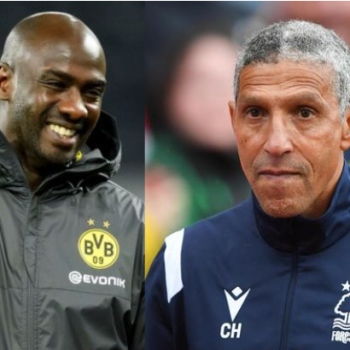 His comments follow the appointment of Former Newcastle United and Brighton and Hove Albion manager, Chris Hughton as Technical Advisor to the new Technical team led by Otto Addo.

George Boateng and Mas-Ud Didi Dramani have also been appointed assistants with the new team constituted specifically to handle the two World Cup play-off games against Nigeria next month.

Speaking to Citi Sports in an interview, the 47-year old says the GFA need to explain to Ghanaians what exactly Chris Hughton’s role is.

“They have to explain to us so we will know what the situation is.” He said

“If you tell me the GFA have a Technical Director in Lipphert and a Technical Advisor in Chris Hughton, and then a head coach and his assistants, then it should be made clear to us.

“Advisor as in what? So what if Otto Addo does not need his advice at that point in time? Advisor as in every now and then he’s with the team or what?  We need to be clear on this.

“Because the future lies ahead of us and after March, we have the AFCON 2023 qualifiers, so we need to know where the team is headed and that is what we have to be concerned about.”

Hughton is expected to provide Technical advice to the three man team for next month’s FIFA World Cup Qatar 2022 play-off match against Nigeria.

The Black Stars will take on the Super Eagles at the Cape Coast stadium on March 24 before travelling to Nigeria for the 2nd leg at the Abuja Sports stadium on Sunday, March 27, 2022.