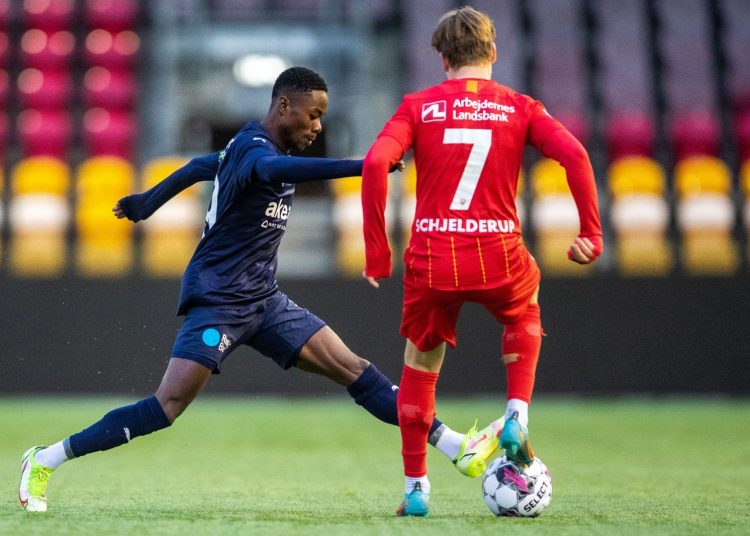 Ghanaian youngster, Joseph Amoako made his first appearance for the Swedish side, Helsingborgs on Monday, February 14, 2022, in a friendly against FC Nordsjaelland.

Amoako was introduced in the 78th-minute as the Swedish side lost 4-2 to Danish giants, FC Nordsjaelland in a pre-season friendly.

The 19-year-old joined Helsingborgs from Kumasi Asante Kotoko on a 7-month loan deal with the option to make it a permanent at the end of the Ghana Premier League season.

Amoako upon impressing in his first outing is expected to be integrated into the first team of Helsingborg when the Swedish Allsvenskan begins on 2 April 2022.