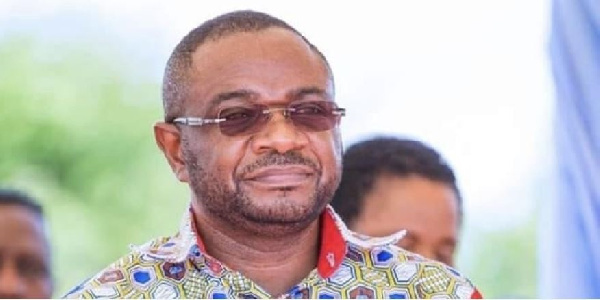 Ranking member on the Parliamentary Committee on Youth, Sports and Culture, Kobina Mensah Woyome has defended the decision to conduct an inquiry into Ghana’s poor Afcon performance just weeks to the crucial World Cup playoff against Nigeria.

Parliament in a bid to uncover what led to Ghana’s early exit at the Afcon is conducting a probe which will see key stakeholders including the Sports Ministry and the GFA appear before it.

Speaking to Citi Sports after the first day of proceedings, honourable Kobina Mensah Woyome is of the opinion that the timing of the inquiry will rather inform decision making ahead of future assignments including the game against Nigeria.

“The Committee thoroughly discussed this and the reason we need to do this even before the game is to probably come across some mistakes which may have led to the poor performance, so we can quickly see how we can rectify them before the games against Nigeria,

“Because the next game is very crucial to us, if we really want to make it to Qatar,  we couldn’t chosen any other time than now, per the thinking of the Speaker.

“He wants us to submit a report before the end of the month so that some of the recommendations can be used as part of preparations for the game against Nigeria.

The Youth and Sports Minister, Mustapha Ussif was the first to appear before the committee on Wednesday where he answered questions concerning Ghana’s pre-tournament camp in Qatar, the choice of the team’s hotel in Cameroon during the competition and upgrading Ghanaian coaches to enable them handle the national team in future.

The National Sports Authority is expected to appear before the committee on Thursday to answer questions on its role in the Black Stars’ participation in the just ended AFCON tournament.