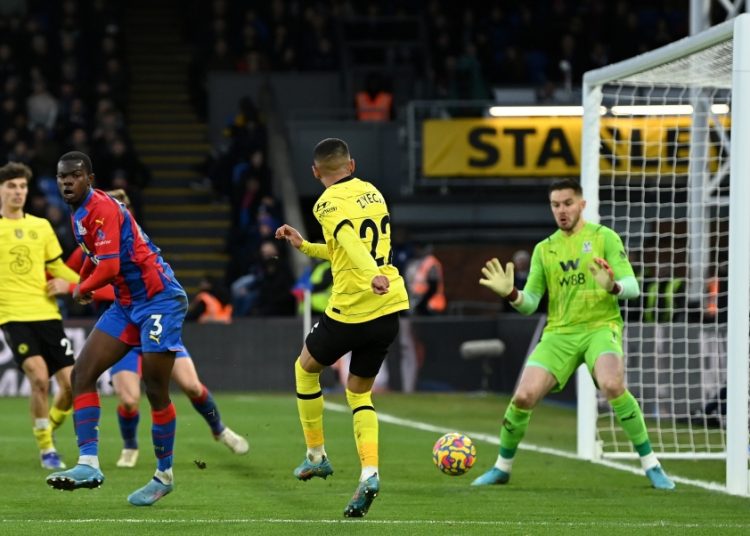 Hakim Ziyech rescued Chelsea with a late goal in their 1-0 victory over Crystal Palace to consolidate the Blues’ place in the top-four.

The Moroccan netted his third-consecutive Premier League goal with a first-time volley from close range in the 89th minute to seal a priceless win for Thomas Tuchel’s side.

Returning to top-flight action for the first time since January 23, fresh off their Club World Cup win, Chelsea had failed to win four of their last five matches.

A draw at Selhurst Park would’ve had the Blues looking nervously over their shoulders, with Arsenal suddenly able to catch them due to games in hand.

However, despite an underwhelming display, Ziyech’s latest strike puts eight points between the Blues in third and West Ham in fifth, while the likes of Arsenal, Tottenham and Wolves will feel like less of a threat.

Ziyech, as has been the case in recent weeks, was Chelsea’s standout performer and also had a goal disallowed in the second half.

Romelu Lukaku was adjudged to be offside in the build-up as Ziyech fired home from a rebound.

Palace, meanwhile, will be made to rue numerous missed chances, as Wilfried Zaha and Michael Olise spurned glorious opportunities.