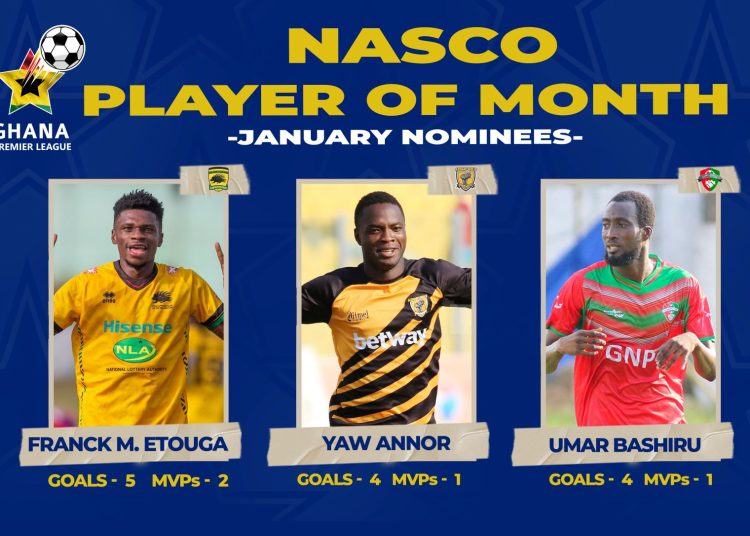 The Ghana Premier League’s leading scorer, Franck Mbella Etouga has been named on the shortlist for January’s Player of the Month Award.

His run of excellent form has enabled Kotoko to strengthen their lead at the top of the Premier League table. 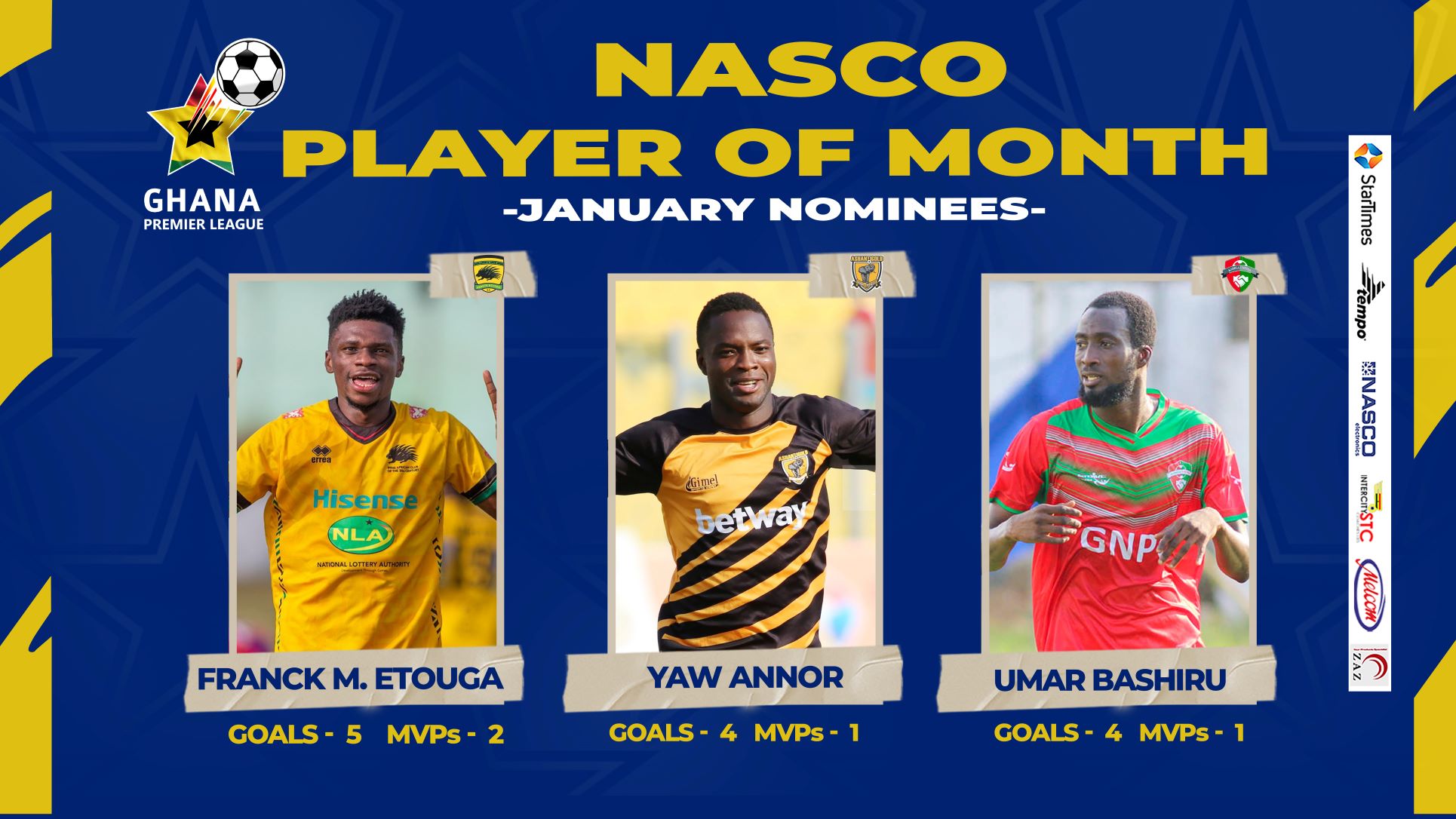 He’ll have to contend with two other players who have been in equally great form.

The winner will be named on the GFA’s News programme on Friday, February 25, 2022, and will receive a NASCO television set and a personalised trophy.