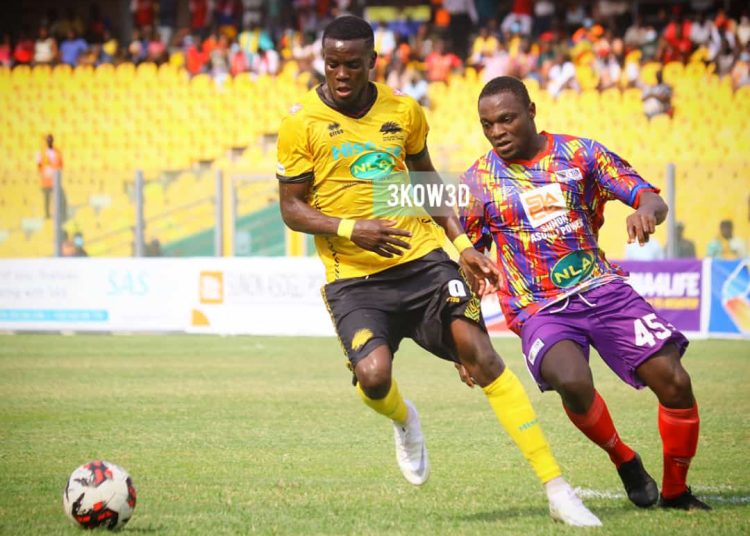 The 2022 edition of the President’s Cup between Accra Hearts of Oak and Kumasi Asante Kotoko will come off on March 4 at the Accra Sports Stadium.

The announcement was stated in a release put out by the Ghana League Clubs Association (GHALCA) on Tuesday after all parties, mainly the clubs, agreed to the date and venue.

The two clubs faced off in the first round of 2021/2022 Ghana Premier League season, which ended in a stalemate.

The special guest for the President’s Cup will be the H.E Nana Addo Dankwah Akufo-Addo, who will be expected to kick the first ball as well as award medals to the participating teams.

The President Cup is an annual ceremonial match arranged by the Ghana League Clubs Association (GHALCA) to honour the West African nation’s first gentleman with the last two editions cancelled because of COVID-19.

Asante Kotoko won the 2019 edition after defeating Hearts of Oak 2-1 at the Accra Sports Stadium.

The Porcupine Warriors have won the trophy six times, with their archrivals winning four.