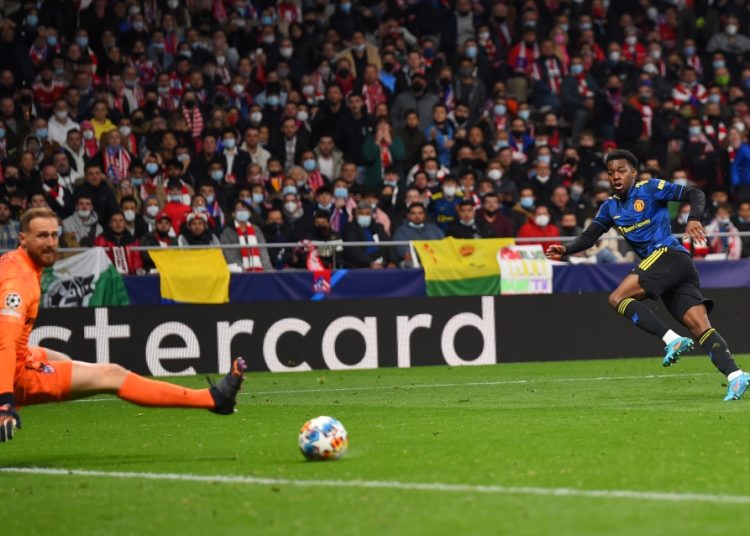 Substitute Anthony Elanga scored a late equaliser for Manchester United, as they drew their Champions League round of 16 first-leg 1-1 with Atlético Madrid.

The Swedish youngster cancelled out João Felix’s fantastic first-half header to level things up ahead of the second-leg at Old Trafford in a couple of weeks.

After some smart movement to lose Harry Maguire, Felix met Renan Lodi’s cross with a diving header which went in off the far post.

United were void of ideas throughout most of the game and struggled to create chances at the Wanda Metropolitano.

But a smart pass from Bruno Fernandes put Elanga in, and his effort squeezed past Jan Oblak and rolled into the back of the net – one of only two shots on target the Red Devils had during the game.

Antoine Griezmann thought he had won it for Atlético Madrid with just five minutes to go, but his curling effort came crashing back off the crossbar.

That late goal gives Ralf Rangnick’s side the advantage heading into the second-leg in Manchester.