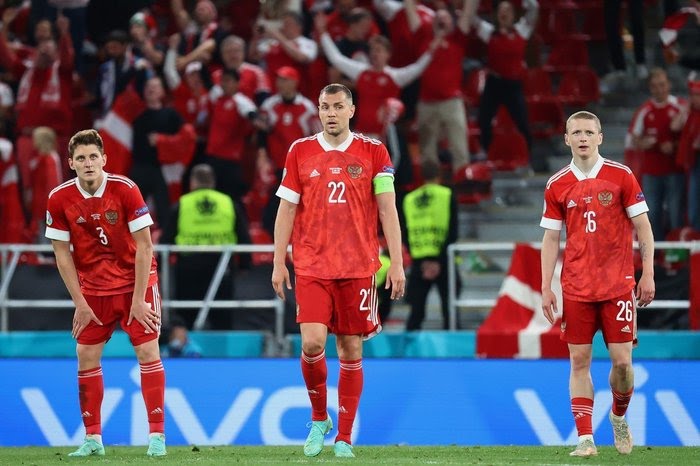 FIFA have suspended Russia from competing in international games until further notice due to their invasion of Ukraine.

The suspension means Russia will not play its European World Cup play-off semi-final against Poland on March 24.

Russia’s clubs have also been suspended from European competition by UEFA – which means Spartak Moscow will not play in the Europa League.

A statement from FIFA and UEFA read: “Following the initial decisions adopted by the FIFA Council and the UEFA Executive Committee, which envisaged the adoption of additional measures, FIFA and UEFA have today decided together that all Russian teams, whether national representative teams or club teams, shall be suspended from participation in both FIFA and UEFA competitions until further notice.

“These decisions were adopted today by the Bureau of the FIFA Council and the Executive Committee of UEFA, respectively the highest decision-making bodies of both institutions on such urgent matters.

“Football is fully united here and in full solidarity with all the people affected in Ukraine. Both presidents hope that the situation in Ukraine will improve significantly and rapidly so that football can again be a vector for unity and peace amongst people.”

It has not yet been confirmed whether Poland will receive a bye to their play-off final against Sweden or Czech Republic, or whether they will face another opponent.

All three nations had said they would refuse to play against any Russian side.

FIFA had previously said it would allow a Russian side to compete under the name “Football Union of Russia” (RFU), but not play matches in the country or display flags.

The ban from FIFA follows international condemnation of Russia’s invasion of Ukraine.