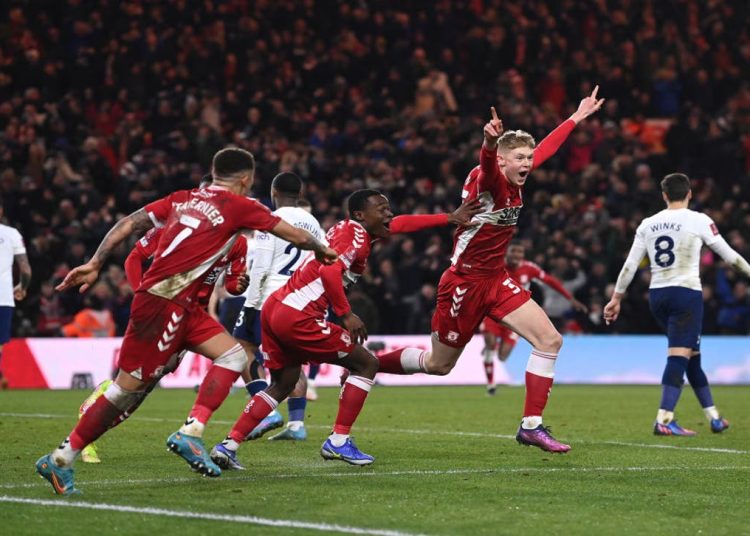 Substitute Josh Coburn scored a fine winner in extra time as Middlesbrough stunned Tottenham to reach the quarter-finals of the FA Cup.

Buoyed by a sell-out crowd at the Riverside for the first time in five years, Chris Wilder’s side, who beat Manchester United in the last round, matched their Premier League opponents throughout and broke the deadlock in the 107th minute.

Coburn latched on to Matt Crooks’ pass before the 19-year-old thumped an effort beyond Hugo Lloris and into the far corner from a tight angle.

Tottenham hope Antonio Conte is the manager to end their 14-year wait for a trophy but the north London club will have to wait at least another season.

As for Championship outfit Middlesbrough, they have now won eight games in a row at the Riverside but it is this victory the jubilant home crowd will remember.