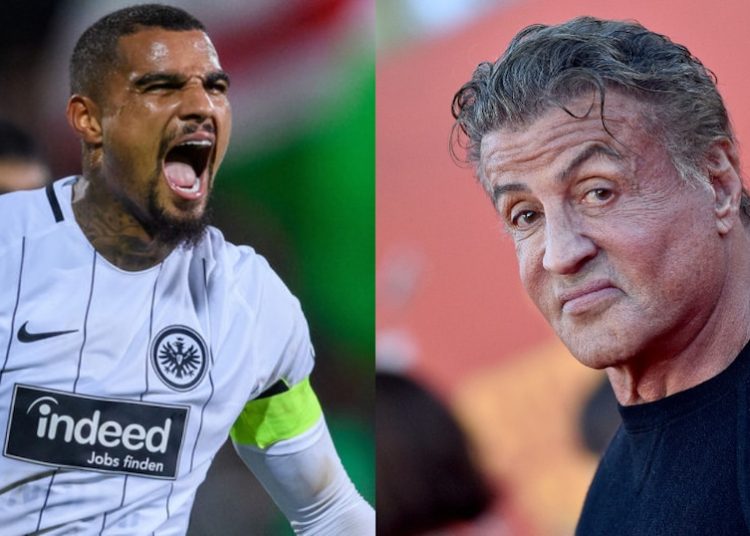 0
SHARES
245
VIEWS
Share on FacebookShare on TwitterShare via Whatsapp

Kevin-Prince Boateng wants to get into the film and television business in addition to his career as a professional footballer. The Hertha BSC player is planning a series with Hollywood star Sylvester Stallone, as he told the Italian newspaper Corriere della Sera.

“A friendship has been formed with him and I’m working on a TV series inspired by my life is, but not about football.”

Boateng, who was back on the training ground with the Hertha BSC team for the first time on Tuesday after surviving the corona infection, continued: “We are considering that the narrator’s voice comes from Stallone and that we both take on small roles. We want to show the pain and wounds it takes to be successful.”

Boateng played in the Bundesliga for Borussia Dortmund, Schalke 04 and Eintracht Frankfurt. After a number of positions abroad in England, Italy, Spain and Turkey, he returned to his youth club in Berlin in the summer. Boateng should take on a leadership role at Hertha BSC, both on and off the pitch. That was only partially successful.

“Of course it should have taken place much more on the pitch,” Hertha’s sporting director Fredi Bobic said last Sunday on the Doppelpass show. Boateng has only played in 12 of the 24 games of the season so far for Hertha, he was only in the starting XI five times, most recently in early October.

Boateng’s contract with Hertha runs until the end of this season. “Maybe I’ll stop then. I am not afraid and many projects. If I go to the locker room, I still feel like playing,” he said. At the European Championships last year, ARD used him as an expert. “I think I’ll do that again for the World Cup,” he announced in the outlook for autumn 2022 in Qatar. “I also want to have my own show. I’m thinking of a Saturday night show.”