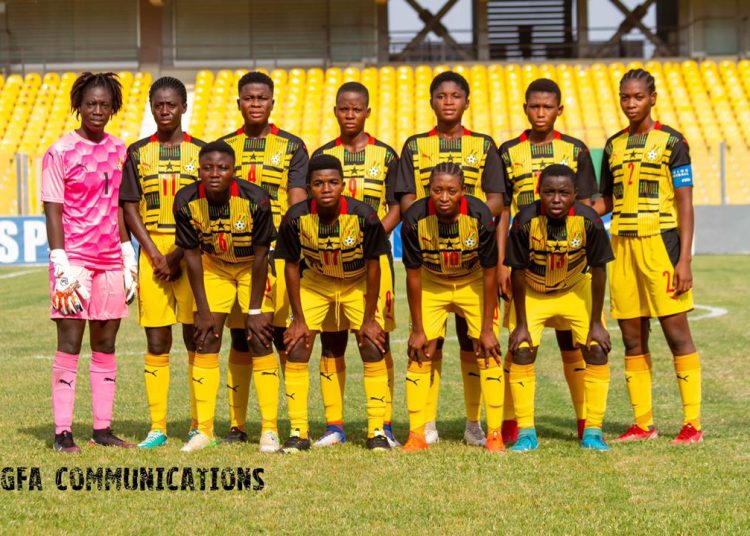 Ghana’s Female U-17 side, the Black Maidens beat Senegal 1-0 in the first leg encounter of the FIFA Women’s U17 World Cup Qualifiers in Thies, Senegal on Saturday.

Princess Owusu scored the only goal of the game late in the 87th minute to seal victory for the Maidens ahead of the return leg in Ghana on March 19.

The Maidens have never failed to make an U-17 Women’s World Cup since the competition’s inception in 2008 and are one of the most consistent teams in the world, making the quarter finals on the last three occasions.

The Women’s 2022 FIFA U-17 World Cup will be held in India from October 11, 2022, to October 30, 2022 and the Black Maidens will be looking to make their seventh straight appearance at the global stage.