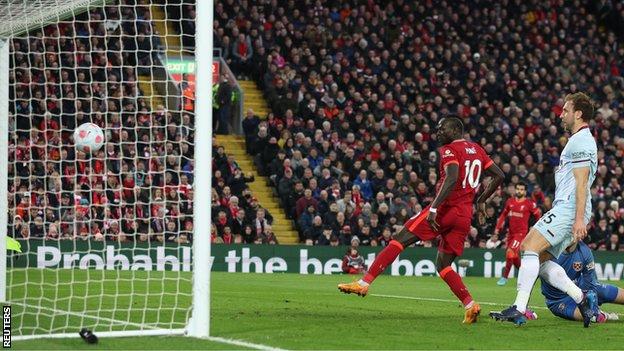 Liverpool narrowed the gap on Premier League leaders Manchester City to three points with a battling victory over West Ham at Anfield.

Sadio Mane scored only goal in the first half after Trent Alexander-Arnold had volleyed the ball into his path.

Manuel Lanzini blazed over when well placed as West Ham pushed for an equaliser after the break.

Michail Antonio also had an effort well blocked by Naby Keita just outside the six-yard box as the Reds held on.