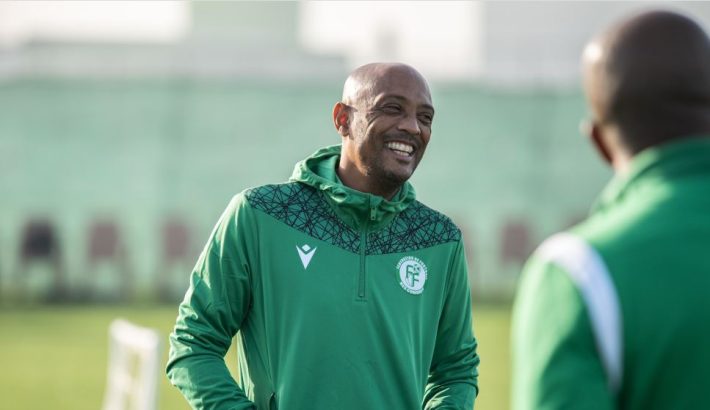 A week after stepping down as coach of Comoros Amir Abdou has replaced Didier Gomes Da Rosa in charge of Mauritania.

The decision was taken by the Mauritania Football Federation (FFRIM) at a meeting on Wednesday.

Frenchman Da Rosa, who only took over as coach of Mauritania in November, was in charge as the Mourabitounes lost all three of their group games at the 2021 Africa Cup of Nations in Cameroon.

The north-west Africans lost against The Gambia, Tunisia and Mali and failed to score a goal at the tournament.

Abdou, 49, spent eight years in charge of Comoros and led the Indian Ocean islanders to their first ever Nations Cup finals in Cameroon.

The Coelacanths narrowly lost 2-1 to the hosts in the last 16 after recording a shock win over Ghana in the group stage.

His main task will be to lead Mauritania to a third successive Nations Cup finals in Ivory Coast next year when the qualifying campaign begins later this year.