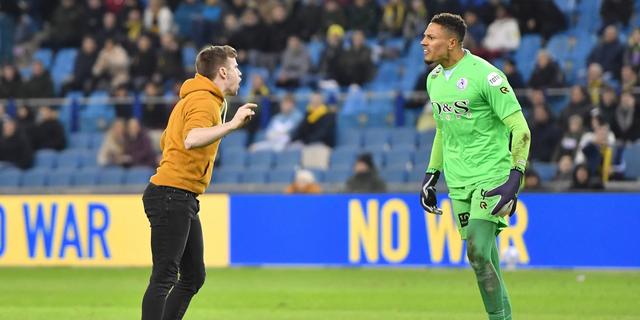 Nigeria goalkeeper, Maduka Okoye confronted a pitch invader on Friday night before he was hit by an object in Sparta Rotterdam’s win over Vitesse in the Eredivisie.

Nigerian goalkeeper, Maduka Okoye confronted a pitch invader and chased him off the pitch as Sparta Rotterdam battled for three points against Vitesse last night. He was later hit with an object.

The game was eventually ended by the referee following violent behaviour by the Vitesse fans.

Okoye, 22, who was having an amazing game, saved a penalty in the 65th minute plus nine saves as he delivered a man of the match performance for his club side.

Okoye’s eventful night went from superb to worrisome when he was hit by an object thrown from the crowd in the first minute of added time, after being confronted by a pitch invader a minute later. 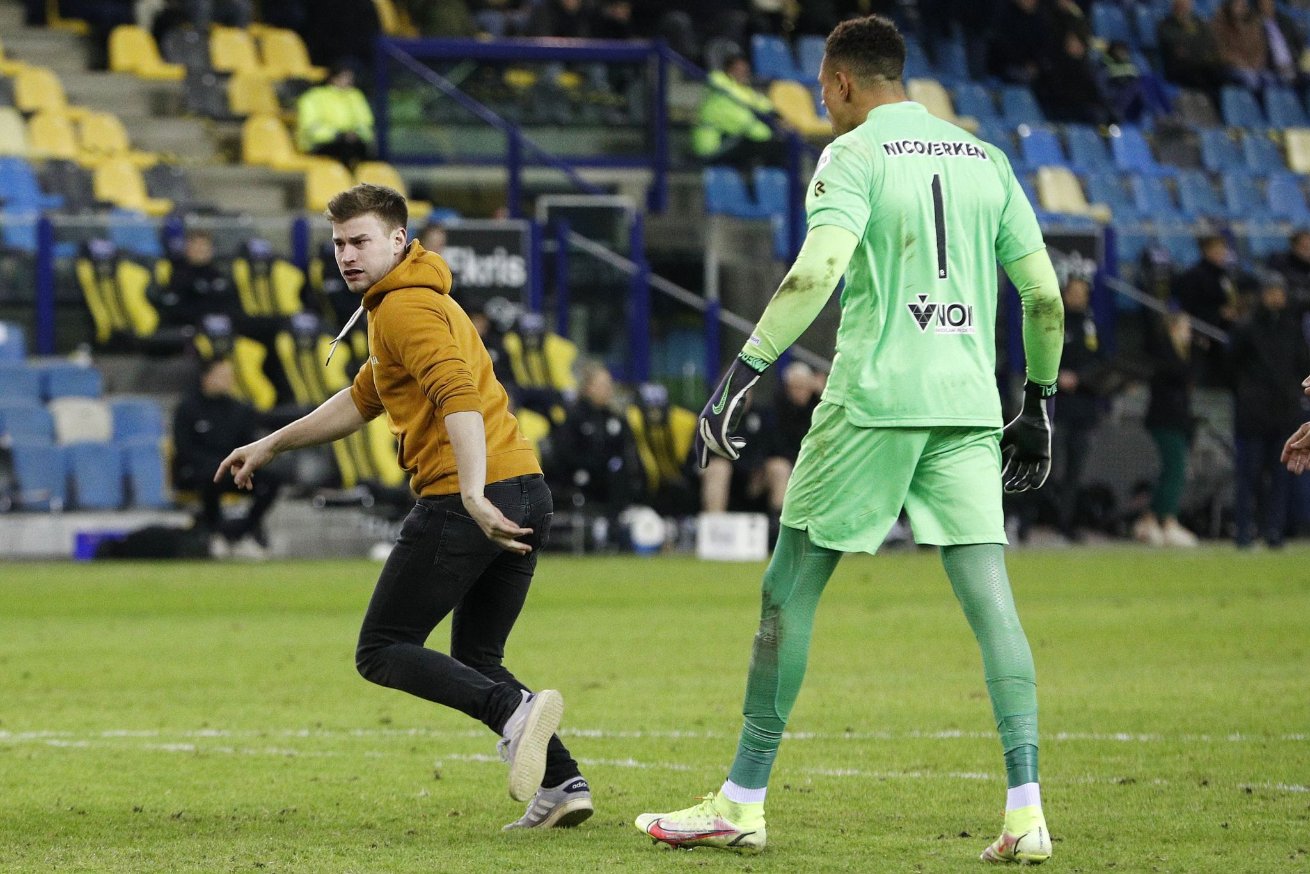 According to a statement issued by the Eredivisie, the league’s governing body, the match was discontinued due to multiple crowd troubles, including the use of flares.

The league body said an investigation will be initiated and a decision taken on the result of the match.

“The match between Vitesse and Sparta has been discontinued tonight (March 4, 2022) at a 0-1 score due to fireworks from the (home) public,” the league body said.

“This was done after consultation of the referee with both clubs. The incident will now be investigated by the disciplinary committee.”

Okoye kept a third clean sheet of the season with the flawless performance, keeping his relegation-threatened club’s hopes of remaining in the Eredivisie alive.