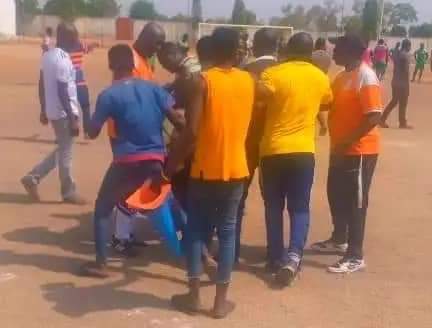 Angry Real Tamale United fans besieged the club’s training grounds on Monday in protest of their recent run of poor form in the Ghana Premier League.

The irate fans supporters seized all the training equipment from the team’s training grounds at the Utrecht Park in Kasalgu.

The supporters are from a number of supporters groups in Tamale and its environs including Channel 15, Kurgu Zugu and others who say their action was their attempts to get the team back on track.

According to the supporters, lack of transparency and accountability in relations to gate proceeds and the poor form lately can lead the club back to relegation.

They also indicated that, they want the CEO, the Club Secretary and the Media Officer out of the club before the close of the week.

RTU have managed only one win in their last ten GPL games which has seen them go down on the standings with just a point above the relegation zone.

The club only returned to the Ghana Premier League this season, after 11 years in Ghana’s second tier league.