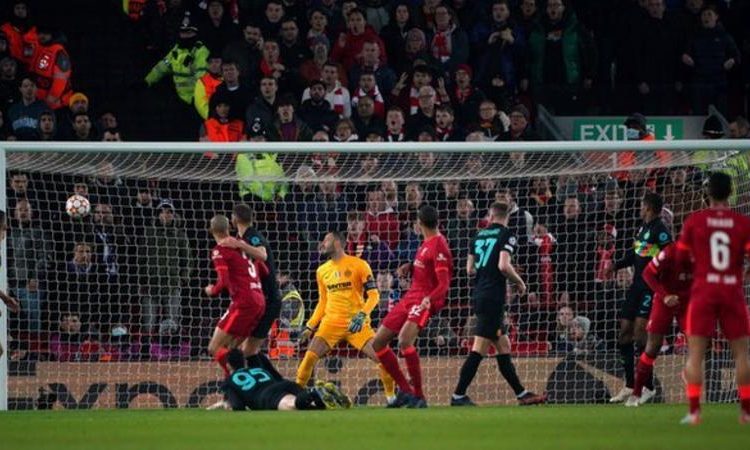 0
SHARES
104
VIEWS
Share on FacebookShare on TwitterShare via Whatsapp

Liverpool’s seven-match winning run in the Champions League was ended by Inter Milan, but Jurgen Klopp’s side progressed to the quarter-finals with a 2-1 aggregate success.

An outstanding finish by Lautaro Martinez was not enough for Italian champions at Anfield as the late goals by Roberto Firmino and Mohamed Salah in the first leg in Milan three weeks ago proved decisive.

Martinez gave Alisson no chance with an arrowed finish from 20 yards in the 61st minute.

But Inter’s hopes of forcing extra time with a second goal faded when former Arsenal and Manchester United forward Alexis Sanchez was sent off just two minutes later for a second yellow card.

Liverpool hit the woodwork three times in a bad-tempered game which, in addition to Sanchez’s red card, saw six other players booked.

After Joel Matip headed against the bar, Salah struck the post twice in front of the Kop.

The draw for the last eight takes place on 18 March in Nyon, Switzerland.

The game was also stopped for a few minutes in the first half due to a medical emergency in the crowd.