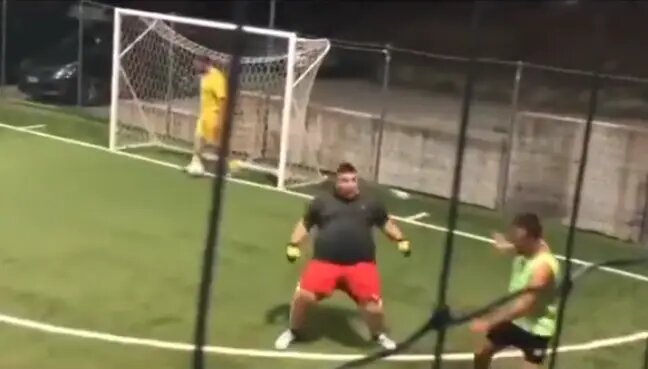 Ronaldo’s celebration involves him running to the corner twirling his finger, jumping, twisting in the air and landing with a flourish.

The celebration is often mimicked by fans and players, some of whom nail it while others stumble a bit.

This player was definitely in the latter group as his attempt to replicate the move ended with him landing awkwardly on his left foot and falling over.

He was then transported to the hospital where he was treated, and even ended the evening with a beer and pizza.