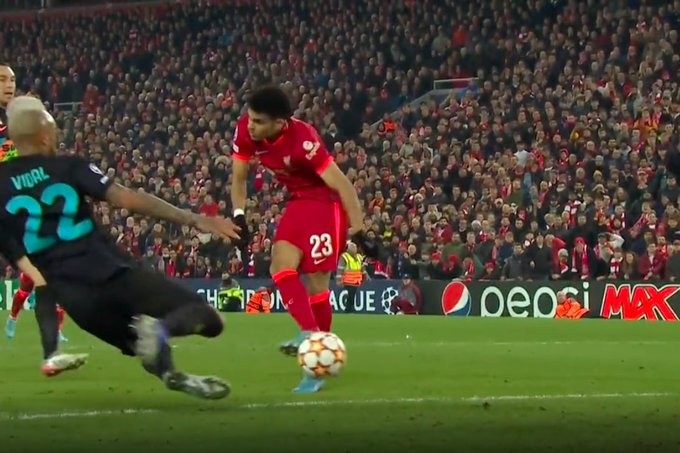 Liverpool fans were left unsure of how to react after forward, Luis Diaz missed a glorious chance to level for the Reds late in their game against Inter Milan.

With Liverpool 1-0 down at Anfield following a fantastic Lautaro Martinez strike, Diaz was handed a great opportunity to level in stoppage time for the hosts.

Diaz opted to go for a no-look shot in the six-yard box which was blocked by Arturo Vidal. 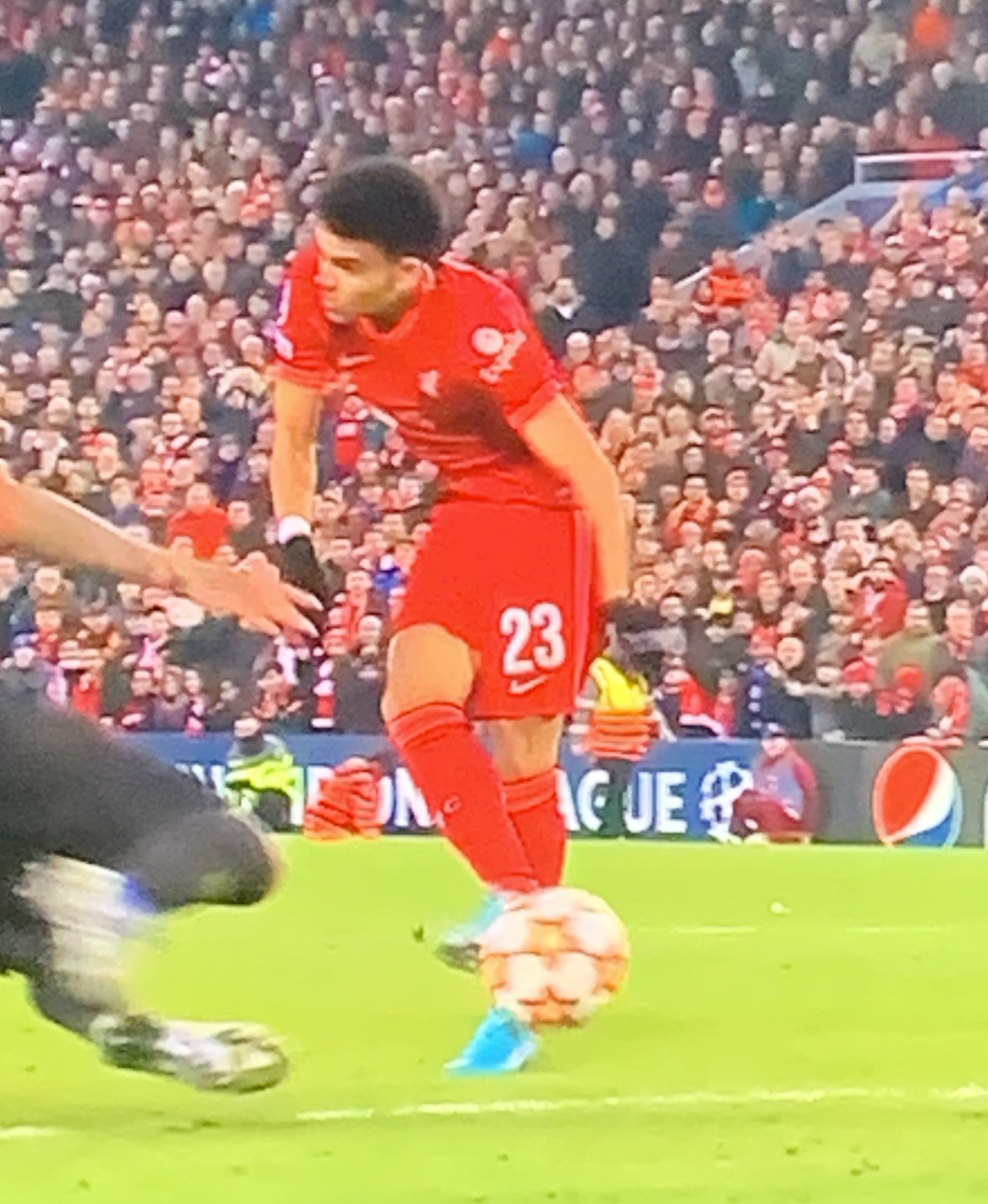 Fans on social media were astonished that he chose to go for the more difficult option.

However, people who watch Diaz consistently know that the “no-look” is his signature move for passes, crosses, basically everything. 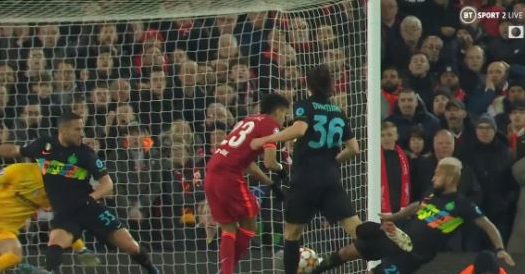 This move was in full display in the Carabao Cup final against Chelsea.

Luis Diaz whenever he kicks the ball: pic.twitter.com/5aQzDQZ0tS