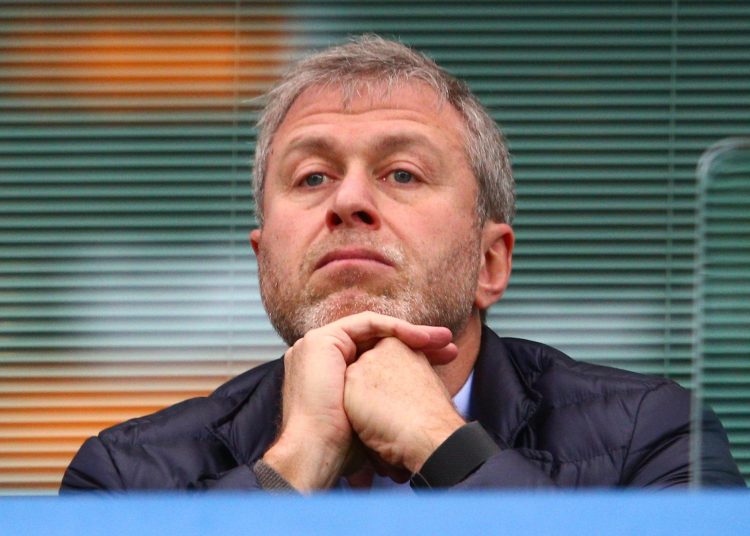 Roman Abramovich has been sanctioned by the UK government as part of attempts to crackdown on wealthy Russians with assets in the country.

The Chelsea Football Club owner is one of seven more Russian oligarchs who have had sanctions placed on them by ministers on Thursday.

A government document announcing the move said Mr Abramovich has had a “close relationship for decades” with Russian President Vladimir Putin.

“This association has included obtaining a financial benefit or other material benefit from Putin and the government of Russia,” it said.

Last week, Mr Abramovich announced that he intends to sell Chelsea after almost 20 years of ownership, and pledged net proceeds from the sale would be donated to “all victims of the war in Ukraine”.

In a statement, he said the decision was “in the best interest of the club” amid Russia’s invasion of Ukraine.
The sanctions will come into force before the sale of the football club, which was previously estimated to be worth around £3bn, is able to take place.

Mr Abramovich will have his assets frozen under the move, will also face a prohibition on transactions with UK individuals and businesses and a travel ban forbidding him to enter the UK.

Jets and yachts owned or chartered by Mr Abramovich can been seized.

The outgoing premiership side owner’s net worth is an estimated £9.4 billion and he is one of the few oligarchs from the 1990s to maintain prominence under Mr Putin.

The UK is the first nation to sanction Mr Abramovich, who the government has described as a “pro-Kremlin oligarch”.

The other six Russian oligarchs who have been sanctioned by the UK government on Thursday are:

• Oleg Deripaska, who has stakes in En+ Group – a major extractives and energy company

• Dmitri Lebedev, chairman of the Board of Directors of Bank Rossiya – widely considered to be The Kremlin’s private bank

The seven latest individuals to be sanctioned have a collective net worth of around £15bn.

The government has now sanctioned over 200 individuals and entities.

“The blood of the Ukrainian people is on their hands. They should hang their heads in shame,” she said.

“Our support for Ukraine will not waver. We will not stop in this mission to ramp up the pressure on the Putin regime and choke off funds to his brutal war machine.”

Prime Minister Boris Johnson added: “There can be no safe havens for those who have supported Putin’s vicious assault on Ukraine.”

Meanwhile, Culture Secretary Nadine Dorries acknowledged the decision would have an impact on Chelsea Football Club, but said a special licence would enable it to continue operating.

However, according to Ms Dorries, the licence for continued operation is very narrow:

• Chelsea fixtures will be fulfilled

• Contracted staff and players will continue to be paid

• Mr Abramovich cannot profit from the sale of his club

• No new players can be signed

“Today’s sanctions obviously have a direct impact on Chelsea and its fans. We have been working hard to ensure the club and the national game are not unnecessarily harmed by these important sanctions,” Ms Dorries posted on Twitter.

“To ensure the club can continue to compete and operate we are issuing a special licence that will allow fixtures to be fulfilled, staff to be paid and existing ticket holders to attend matches while, crucially, depriving Abramovich of benefiting from his ownership of the club.

“I know this brings some uncertainty, but the government will work with the league and clubs to keep football being played while ensuring sanctions hit those intended. Football clubs are cultural assets and the bedrock of our communities. We’re committed to protecting them.”

A statement issued by the government confirming the latest sanctions said the licence published will allow Chelsea to “continue playing matches and other football related activity which will in turn protect the Premier League, the wider pyramid, loyal fans and other clubs”.

It adds that the licence will be kept “under constant review”.

Earlier this week, MPs worked fast-pace to pass the Economic Crime Bill which will come into force next week.

The Bill will significantly simplify the process of imposing sanctions and allow the UK to more easily sanction individuals and “stop oligarchs threatening the UK with multi-million pound lawsuits for damages at the taxpayers’ expense and allow the UK to mirror allies designations”.