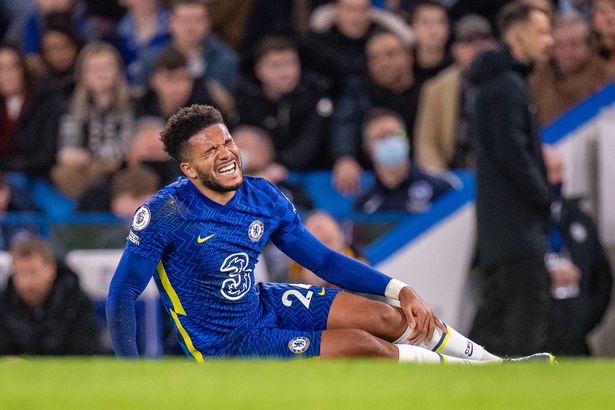 0
SHARES
37
VIEWS
Share on FacebookShare on TwitterShare via Whatsapp

Reece James has been ruled out of Chelsea’s next four matches after suffering a hamstring/muscular injury to his right leg.

Head coach Thomas Tuchel revealed earlier on Wednesday that James needed to have more scans on the problem, which he sustained during Chelsea’s 4-0 win at Burnley on Saturday.

It is understood that the damage isn’t as bad as first feared when James had his first scan, although the tests on Wednesday have confirmed he needs to spend some time on the sidelines.

The initial forecast is that he will be ruled out for two weeks, which will see him miss the Premier League match at Norwich on Thursday night, as well as the visit of Newcastle United to Stamford Bridge on Sunday.

He is also expected to be absent when Chelsea play the second leg of their last 16 Champions League tie against Lille next week, plus the FA Cup quarter-final at Middlesbrough the following weekend.

GFA reveals officials for Matchday 10 in the Women's Premier League