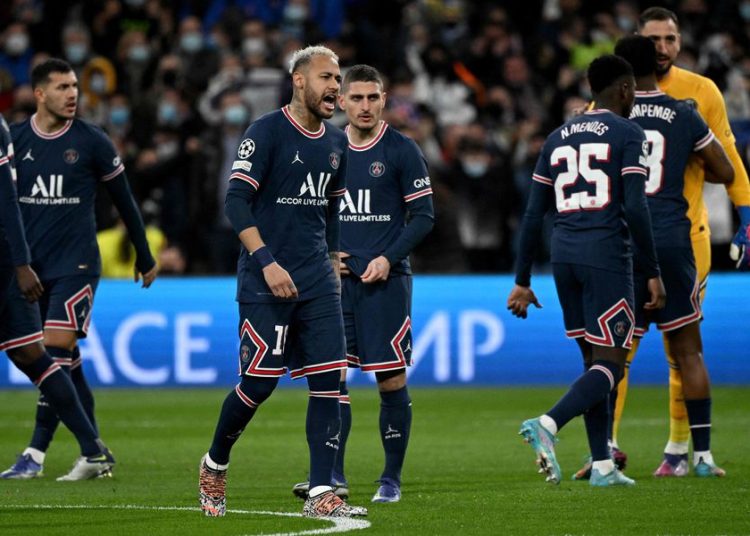 0
SHARES
1.9k
VIEWS
Share on FacebookShare on TwitterShare via Whatsapp

Neymar and Gianluigi Donnarumma ‘almost came to blows in the Paris Saint-Germain dressing room’ after they blamed each other for the sloppy errors that led to Real Madrid’s goals.

The Spanish club sensationally came back from two goals down on aggregate to reach the Champions League quarter-finals with Karim Benzema scoring an astonishing 17-minute hat-trick in a 3-1 Bernabeu win.

Donnarumma was certainly at fault for Benzema’s first goal, after he dawdled and lost control of the ball to allow Vinicius Jr in to tee Benzema up and let Real back into the tie.

But it was Neymar who initially gave the ball away to Luka Modric in the build-up to Benzema’s second goal, something Donnarumma was less than impressed with and he made his irritation known to the Brazilian.

According to Marca, The two players had to be separated in the dressing room to prevent them coming to blows, the Spanish newspaper said.