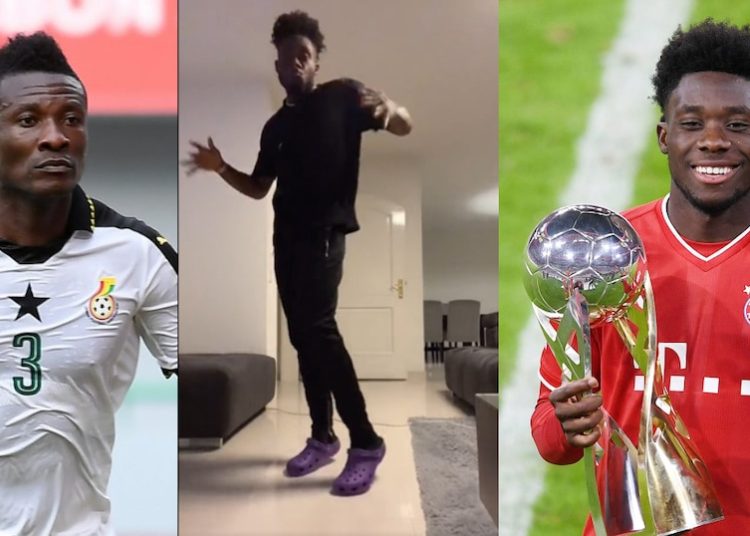 Ghanaian-born Canadian, Alphonso Davies grooved to one of Asamoah Gyan’s hit songs, ‘Do the Dance’ and mimicked his dance moves as well.

The former Black Stars attacker, Gyan, released the hit song in 2011, and it features the late Castro.

The song became an instant hit and the accompanying dance moves became Asamoah Gyan’s iconic celebration, one he showed in the game against Chelsea.

Davies was born in a refugee camp in Ghana and spent the first five years of his life there before his family were resettled in Canada.

Alphonso Davies is currently on the sidelines of the Bayern Munich squad, but is expected to make a return before the end of the season.