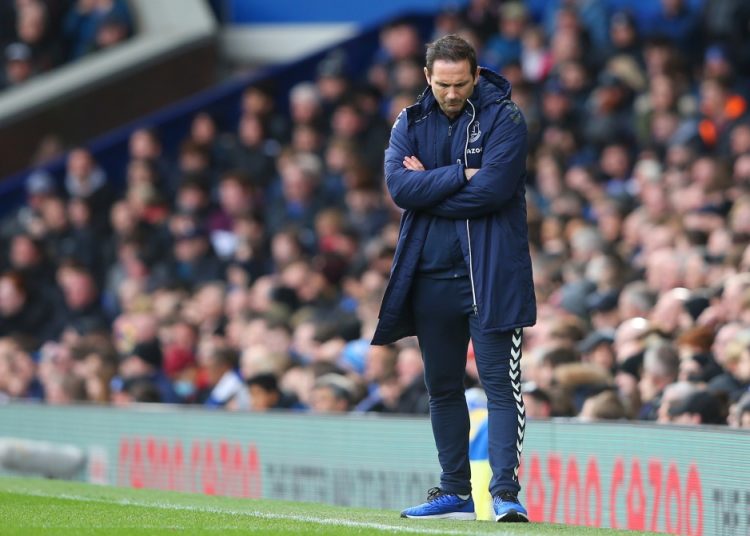 Everton slipped further into danger as Wolves inflicted a fourth successive Premier League defeat on Frank Lampard’s side with a hard-fought win at Goodison Park.

Conor Coady scored the only goal, as other results on Sunday mean the Toffees sit above the bottom three only on goal difference, though they have games in hand on the surrounding teams.

After a scrappy first half, Wolves responded quickly, and captain Coady headed past Jordan Pickford from Ruben Neves’ delivery in the 49th minute.

Everton rarely threatened after going behind, and their afternoon went from bad to worse as Jonjoe Kenny received two yellow cards in three minutes, forcing the hosts to play the final 13 minutes with 10 men.

Victory for Wolves takes them above Tottenham into seventh, while Everton remains 17th, though wins for Watford and Leeds only increased their growing relegation fears.