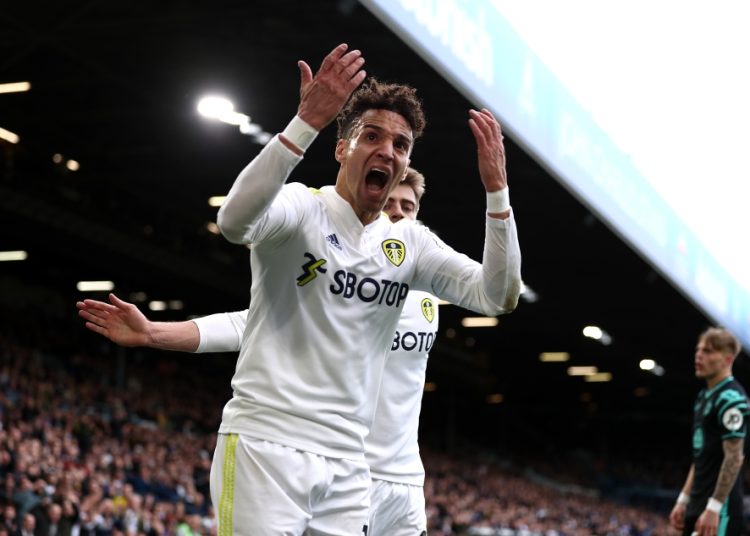 The 19-year-old substitute – on the pitch for less than two minutes – turned into an empty net from Raphinha’s assist, serving a brutal blow to Norwich after they had finally levelled through Kenny McLean at the start of injury time.

The thrilling finale served up scenes of contrast as Leeds’ fans jubilantly sang along to Kaiser Chiefs’ ‘I predict a riot’ while Norwich players sat dejected on the turf.

Rodrigo’s first-half goal had looked set be enough to see Leeds end a run of six games without a win but on a day where Raphinha twice truck the bar and where the impressive Daniel James went close, they almost paid for not taking their chances.

Norwich may point to Patrick Bamford appearing to be offside in the build-up to Rodrigo’s opener and they also saw a penalty award overturned shortly before they equalised when referee Stuart Attwell visited the pitch-side monitor.

Ultimately they found a way to level, stunning the Leeds support, but Gelhardt’s contribution moves Marsch’s side four points above the relegation zone while Norwich stay bottom – five points from safety.