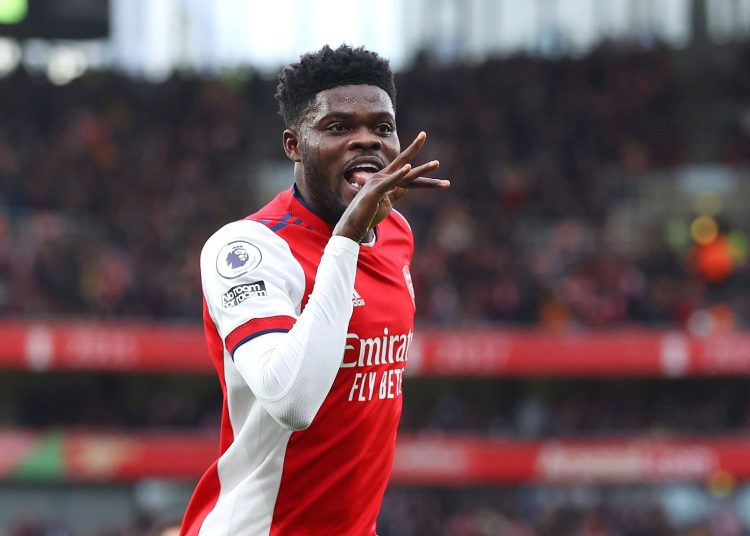 In the game against his countryman, Daniel Amartey, Arsenal’s Thomas Partey rose highest to give the Gunners a deserved lead over Leicester City.

The goal is the 28-year-old’s second for the north-London club.

With just fifteen minutes played, Thomas Partey rose highest, connecting with his head from a Gabriel Martinelli corner to give Mikel Arteta’s side the lead.

Thomas Partey with a great headerpic.twitter.com/D3ohwVlPee

After breaking the deadlock, Partey, moments later, rattled the crossbar, with a fierce strike from just outside the 18-yard-box.

A shoot curling from Thomas Partey hits the woodworkpic.twitter.com/ntFqS0bFRR

Partey in the last month has been superb, almost unplayable, as he has helped Mikel Arteta’s side keep their top-four hopes alive.

The Ghanaian was adjudged the best player for the month of February for Arsenal for the time in his since joining from Spanish club, Atlético Madrid.

The Gunners held on as they defeated Leicester City 2-0 at the Emirates Stadium to send them to  fourth on the Premier League table.

The goal will give him and the Ghanaians enough confidence as they face Nigeria in the final round of qualifiers for the 2022 FIFA World Cup, to be hosted in Qatar.