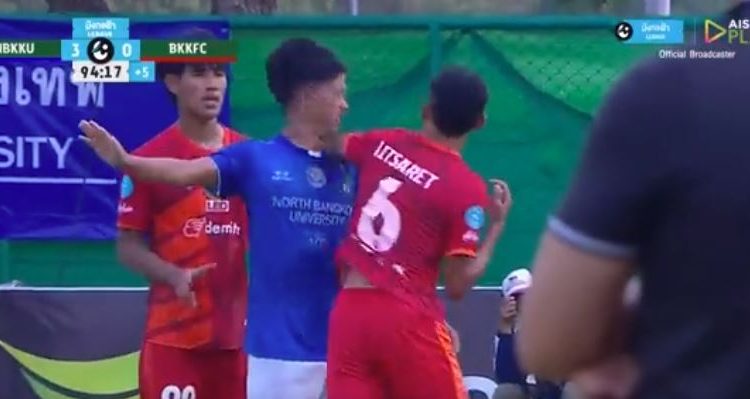 A footballer in Thailand has been sacked by his club after his brutal attack on an opponent during a game.

After Ruangsuphanimit tripped Noichaiboon, the latter chased his marker down and knocked him out with a direct hit from his elbow.

Teammates of the victim tried to confront the assailant who was promptly sent off by the referee. 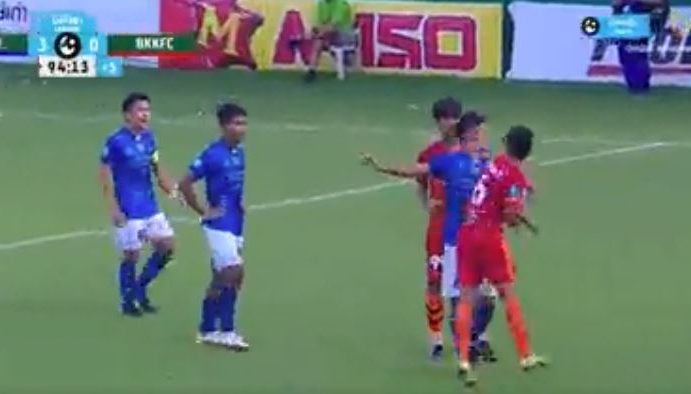 Ruangsuphanimit was taken to the hospital and reportedly required 24 stitches for the wound on his face.

Bangkok FC released a statement apologising to the victim and announced that they had sacked Noichaiboon.  with immediate effect.

“Bangkok FC would like to [take a] stand and not support the action. The club has cancelled the contract of the player,” the statement said.

“The club would like to express our condolences for the incident and will do everything possible to stop this happening again.” 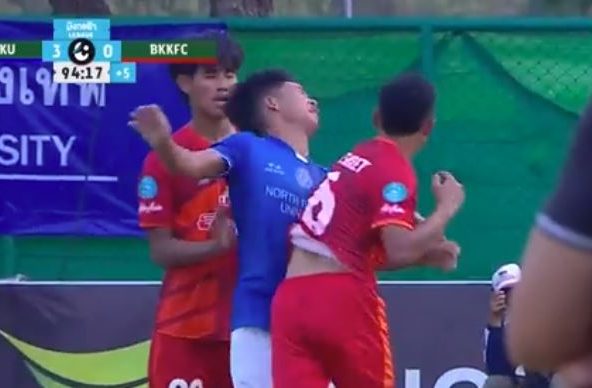 “[He] has undergone a physical examination at Bangpakok-Rangsit 2 Hospital after player No 6 of the Bangkok FC club intentionally attacked his face,” the statement read.

“After seeing a doctor [they] found that the upper lip area has a severe wound. The doctor, therefore, sewed a total of 24 stitches to cover the wound. The club will provide care and responsibility.”