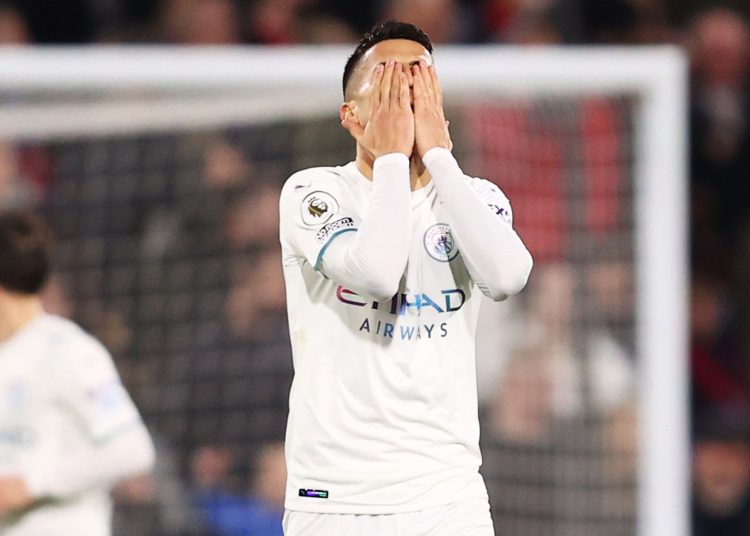 0
SHARES
137
VIEWS
Share on FacebookShare on TwitterShare via Whatsapp

Manchester City handed the Premier League title initiative to Liverpool after they were held to a 0-0 draw by a dogged Crystal Palace.

At a rocking Selhurst Park, Palace were seeking a league double over City for the first time since 1987/88 in the second tier, and they put up a stiff resistance as Pep Guardiola’s side were left frustrated by the stalemate.

City ran into an inspired Vicente Guaita, who brilliantly denied Riyad Mahrez with an instinctive save after Kevin De Bruyne struck the inside of the post just before the hour-mark.

It was the second time the visitors had struck the woodwork after Joao Cancelo’s speculative shot in the first half cannoned off the upright before Aymeric Laporte blazed his rebound over the crossbar.

City kept pushing for a breakthrough in the second period but could not find a way past Guaita, meaning title rivals Liverpool can move one point behind them if they win their game in hand against Arsenal, on Wednesday evening.