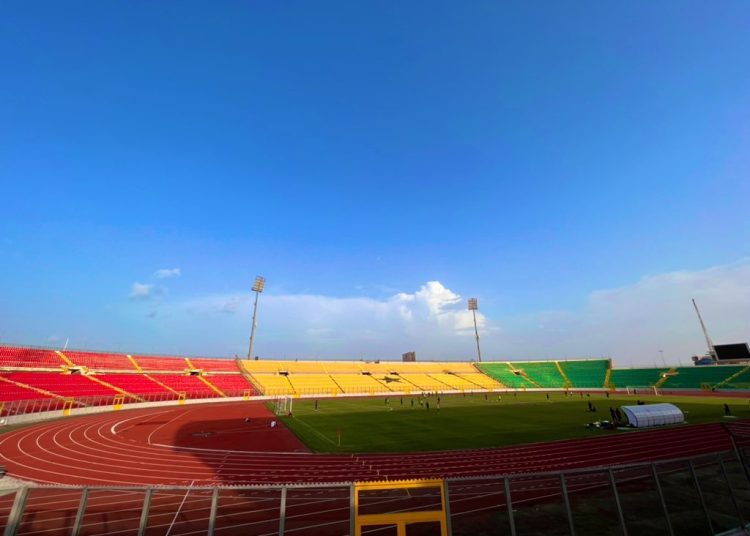 Citi Sports can confirm that 2,000 tickets have been allocated to the Nigeria Football Federation (NFF)  for the first-leg encounter in the 2022 FIFA World Cup qualifier against the Black Stars of Ghana at the Baba Yara Sports Stadium.

The Baba Yara Sports Stadium has a maximum capacity of 40,000, where the game will now take place after the initial venue, the Cape Coast Stadium, was declared unfit by the Confederation of African Football.

Nigeria have been allocated 2,000 tickets for the Ghana vs Nigeria game at the 40,000 capacity Baba Yara Stadium in Kumasi, up from the 750 they got when the game was set for the 15,000 capacity Cape Coast Stadium. #Citisports

According to Citi Sports editor, Fentuo Tahiru Fentuo, the number of tickets given to the NFF has risen from 750 to 2,000 after the game was moved to the Cape Coast Stadium.

The Confederation of African Football (CAF) granted a one-match approval for Baba Yara Sports Stadium in Kumasi to host the World Cup Qatar 2022 play-off match between Ghana and Nigeria due to the poor nature of the pitch in Cape Coast.

However, Ghana must meet certain requirements which include installation of new international standards, modern and comfortable officials’ benches at pitch level, set up the water system to provide both cold and hot water in the teams and official’s dressing room among others.

The Ghana Football Association are yet to officially release the final list of players to face Nigeria, while their counterparts have named nine forwards, including Everton’s Ademola Lookman who recently naturalized to play for the Super Eagles.

Ghana will play Nigeria in the 1st leg on Friday, March 25, 2022, at 19:30GMT at the Baba Yara Sports Stadium in Kumasi before playing the Super Eagles four days later in Abuja.