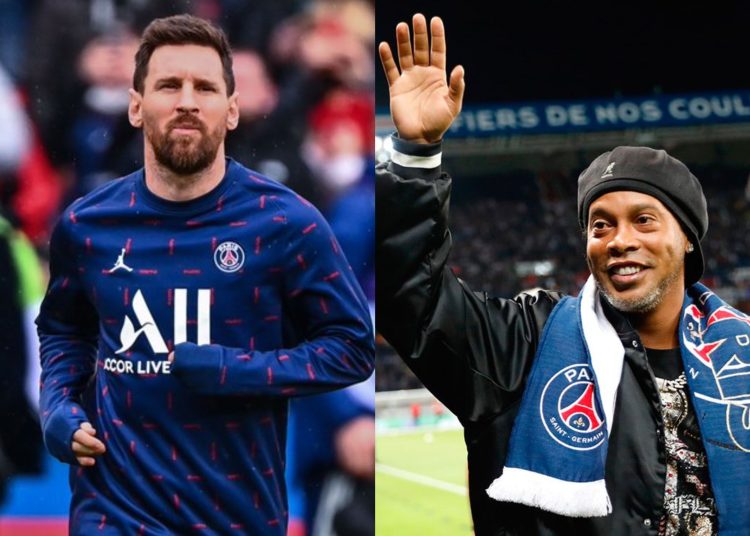 Brazilian legend, Ronaldinho has said he understands the reaction of PSG fans to some of their top players following their exit from the UEFA Champions League at the Round of 16 stage.

At the weekend in their league match against Bordeaux, two of PSG’s players, in particular, felt the wrath of the Parisien fans.

Neymar and Lionel Messi were booed by the home fans loudly when their names were called out during the warm-ups.

Ronaldinho believes the reaction was understandable as the fans were “sad” after their shock exit from the competition.

Speaking to Fox Sports, Ronaldinho, who was at the French club for two years, is quoted as having said: “It’s one of those moments when the fans were sad because they have a big team with all these great players.”

Mbappe getting applauded while Messi and Neymar get booed by the PSG fans lmaoooo pic.twitter.com/bAjOe6k7aw

Neymar and Messi were whistled any time they touched the ball during the game, with Neymar also subjected to hisses even after he scored PSG’s second in the game.

The two high-profile transfers from Barcelona were expected to drive the team to European glory after they were reunited in the French capital this season but failed to find the net in both legs against Real Madrid.

Messi was guilty of missing a penalty in Paris while Neymar also gave the ball away for Madrid’s second goal before reports of a bust-up with goalkeeper Donnarumma after their exit emerged.

The Brazilian did, however, assist both of PSG’s goals in the two-legged tie.

Ronaldinho defended his former Barcelona teammate, stating that the Argentine would rediscover his best form in time.

“Messi is not in a great moment right now, but for me, it is difficult to question Messi after everything he has done for football,” he said.

“I am sure that he will soon win titles again and be considered the best in the world, which for he hasn’t stopped being for me.”