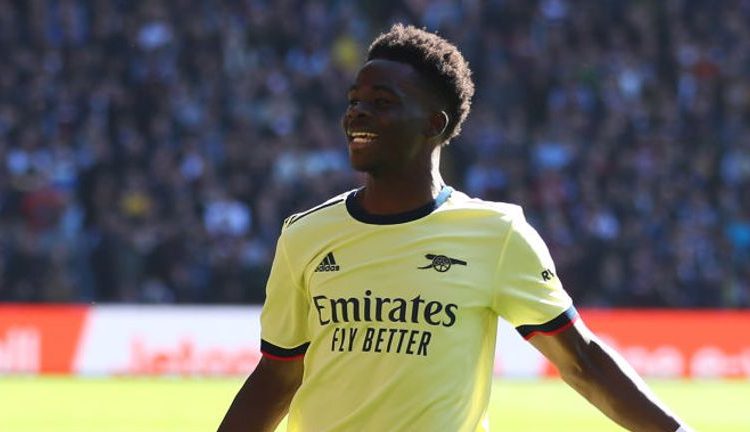 Arsenal tightened their grip on fourth spot in the Premier League as Bukayo Saka’s first-half strike was enough to secure a 1-0 win over Aston Villa on Saturday.

Mikel Arteta’s side dominated possession and chances for the first period of the game and got their reward in the 30th minute.

A short free-kick out on the right was played into the box and, when it fell to dangerman Saka on the edge, he beat Emiliano Martinez with a shot that came through a crowd of defenders.

Villa, who remain ninth in the Premier League on 36 points from 29 games, belatedly rallied as Ollie Watkins’ deflected effort struck the outside of the post after 68 minutes.

Arsenal withstood late pressure to move onto 54 points – four clear of Manchester United in fifth place with a game still in hand over their Champions League rivals heading into the international break.